The Rest Of The Story 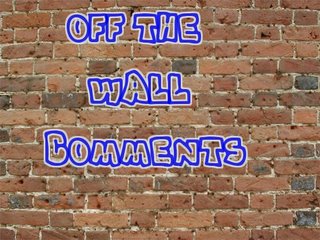 The syndicated radio personality Paul Harvey is noted for the catch phrase, " And now for the rest of the story."

I'm sure that my post yesterday, "The Moral Of The Story" raised some questions in the minds of the handful of those who actually read it.
....That's not surprising. I was there, and I was left with some lingering questions.

It so happens that directly across the street from the office complex that houses the UPS Collection Center, is a building that houses several of my senior citizen clients. I assure you that the excitement and drama of "the Revolving Door Affair" was the hot topic of discussion at the Bingo tables the next day.
....Whether it was "the Little Old Lady From Pasadena" in her Rascal Scooter, "Eugene the Green Hornet" in his motorized wheel chair, or "Beep-Beep Betty" sporting a bicycle horn on her walker, the entire building, it seemed, was abuzz with Tuesday's events across the street. Depending on who you spoke to, you would walk away with a different version of what had happened over there.

Although Doris, aka "the Little Old Lady From Pasadena," has never been on Colorado Boulevard, she is nonetheless the terror of the Saltonstall Building lobby. Woe be the unwary visitors who enter that lobby without eyes in the backs of their heads. Her scooter driving skills aside, she is a sweet and amicable old lady.
....She couldn't motor to the door fast enough when I walked in this morning. She wanted to be the first to tell me about the robbery attempt at UPS. (Robbery?) That was her story and she sticking to it. I listened with fascination as she described in detail how the crook had even taken some poor woman as hostage. Ah, I thought as she explained that the hostage had freed herself by going into the revolving door and then had wedged the door shut with some bundles. She was beaming when she answered the question that she "knew" I was going to ask. Yes, the bad guy was apprehended by a brave Security Guard.

The next "reporter" I spoke to was Betty. Reminiscent of Clarabel the Clown from the old Howdy Doody TV show, she got my attention by squeezing the rubber bulb of her horn several times. I noticed that she had replaced the old yellow tennis balls on the legs of her walker with brand new orange ones. The remnants of her Meals-On-Wheels were stashed in the basket of the walker along with her mail.
....Not unlike a Maestro directing an orchestra, her hands flitted about as she filled me in on the incident across the street. She had my undivided attention as she related the story of a female terrorist who had tried to mail packages full of anthrax to the White House. She said that quick-thinking UPS employees had trapped her in the revolving doors until the authorities had arrived.

Up on the fifth floor I knocked on Eugene Green's door. There was no answer. I was about to punch in his phone number on my cell phone when I heard his wheel chair bearing down on me. He had given himself the nickname Green Hornet after the TV show of the same name. "Where have you been? You're late," he said to me. When I told him that I had been cornered by Doris and Betty in the lobby, he laughed. "What did those biddies want?"
....I told him that they were talking to me about what had happened at the UPS office. He scoffed and said they didn't have a clue. I crossed my arms over my chest and awaited the facts - as only he knew them. He spun the interesting story of a disgruntled former UPS employee who had been fired two months before. The woman was a very disturbed individual who had gone "postal." She went there with enough guns and ammo to kill everyone in the building. Her AK-47 got wedged in the door. Of course, the FBI had been watching her for some time. They were there, disguised as UPS personnel wating for her to make a move.
....I had no idea there was so much intrigue involved in the events surrounding that Tuesday. He then told me that she was originally from Iceland. "You know that all those Islam people come from Iceland, don't you?" he asked me. I thought about it for a moment. It was certainly an interesting observation. Islamic, Icelandic? Oh yes, I had never noticed the connection, or the similarity in the names prior to that moment. 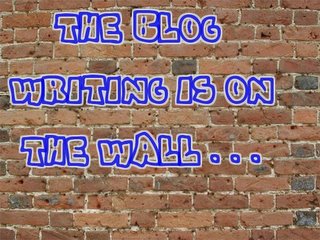 There were other versions recited to me, but none were as "interesting" as these three recapitulations of "the Revolving Door Affair." So I decided to commit them to screen in this forum. I am hopeful that either Paul Harvey or one of his staff members chances upon my Blog. Then who knows, maybe one day I'll hear the him talking about the incident. I'll turn up the radio and wait patiently until after the obligatory commercial break when he says in that distinctive voice of his:

(Note: I found it quite interesting that not a single person mentioned either a skirt or that it was a man. The incident was not covered in the two major newspapers, but I suspect that the smaller local paper due out once a week every Friday will give the story its just propers. I'll revisit this story when I get a hold of a copy.)

No.753
Curmudgeon responsible for this post: Hale McKay at 10:41 PM

Just proves Mike that not only beauty but everything else too is in the eye of the beerholder.

This is hysterical! I guess there's no use in letting facts get in the way of a good story.

You just gotta luv 'em. If there was ever an example of separate realities this has got to be the best.

It kinda makes you wonder about their past experiences that helped them to come up with their unique views of events that they couldn't even get to see in person.

My heart goes out to them. As I oftimes tell my students when I have asked them a question, make it up, lie to me. "I don't know" is not acceptable. lol

Thanks for the rest of the story. I hope Paul Harvey's folks wonder by. Perhaps I'll google him and drop a dime.

I thought about contacting Paul Harvey and realized that might cause you legal problems no one needs.

So the next best thing is to let you decide. You can contact him here.

I gotta get a life. LMAO

I think it was a lesbian trying to mail herself to Masschusetts. And everybody misunderstood. Poor lady.

Can't wait to see what the paper says about the incident!