The Moral Of The Story 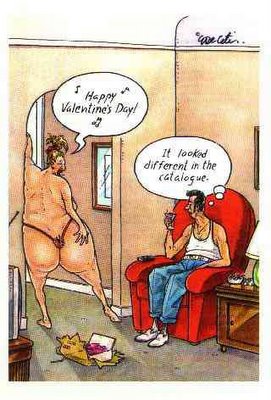 Still smarting from yesterday's loss, I have licked my wounds and will attempt to pick up the pieces. I was justifiably chastised by both Miss Cellania and Rachael for not posting from a saved document in the first place. Touche', ladies!

"Rushing to finish the post, Hale's server crashed." In the previous sentence you'll note that the subject of the participle verb does not agree with the subject of the sentence. Was Hale rushing or was the server rushing? That's a fitting example of a dangling participle.

Okay, I know what you're thinking! You didn't come here to be insulted with a Grammar 101 lesson. I could respond with a wise remark like: "No? Where do you usually go?" I could, but I won't.
....Why then this discussion of dangling participles? If only in a convoluted way, it serves as an introduction to the events of yesterday, September 19, 2006. Moreover, even the cartoon, in a variation of the theme, could be considered apropos.
....Of course, with all this rambling I am making a short story ... long. I am reminded of a quote by Blaise Pascal: "I have only made this letter rather long because I have not had the time to make it shorter."

Tuesday was primary election day. All day long I had to drive through gauntlet after gauntlet of the sign-bearing minions of political wannabes. The politicians weren't the only hopefuls. Beneath their colorful signs, each face seem to glow with aspirations of grandeur. I imagined that visions of sugar plum jobs danced in their heads.
....Many of those sign-wavers are convinced that if their candidate is elected, they will be awarded with a pat city job. Maybe I was looking at the faces of the next City Dispatcher, Meter Maid, Dog Catcher, or even a Crossing Guard. (Believe it or not, even Crossing Guards are appointed by elected officials in my city.)
....One very animated and boisterous lady in particular caught my attention. She was hailing nearly every vehicle whose drivers had had the misfortune to have chosen to traverse that street that morning. She was at times, inhibiting the passing traffic. (More on her later.)

That afternoon I had to drop off a package at a UPS collection center. When I pulled onto the lot I couldn't help but notice that there was a large crowd gathered at the entrance to the building. I groaned to myself thinking that there was probably some politician who had chosen that office building to garner some votes. He or she must have been shaking any and all hands of everyone who entered or left the building.
....By the time I had maneuvered through the small sea of bodies, I realized there was no politician in sight. This crowd was staring at the entrance. I couldn't believe my eyes when I finally had an unobstructed view of the doors.
....A woman was trapped inside a revolving door! That was the least of her worries. She had been, I repeat had been wearing a wrap-around skirt. Somehow a corner of the skirt had become snagged between the glass and the rubber stripping of the door. As she moved through the door the wrap-around skirt...unwrapped. The bundles in her arms had become wedged against her chin and chest making movement nearly impossible.
....That fact also was the least of her worries! From the visual clues before me, I was able to determine that this poor woman had picked the wrong day to wear no underpants!
....Through all the glass of the entrance I could see a security guard approaching from inside the lobby. Inexplicably, he stopped in his tracks ten feet or so from the door. It was then that I noticed that there was also a crowd gathering in the lobby.
....I ask you, what is this world coming to? Why wasn't anyone trying to help that hapless soul? Was everyone afraid of a lawsuit or something? Was the security guard in danger of being accused of inappropriate contact? I was more perplexed by the fact that none of the women, inside or outside, came to her rescue.
....I realized that I too was being guilty of the mob mentality by standing there gawking at the woman's plight and of course, her bare derriere. I made my way to one of the stationary doors on either side of the revolving door. Once inside, I headed toward the still motionless Rent-A-Cop. My chin must have come within inches of hitting the floor. I stopped, frozen in place.
....She was ... a he!

....Suddenly everything made sense. Every woman there was hesitant to approach a man naked from the waste down, especially in such a public place, even if he was in need of help. For different reasons of his own, the Pseudo Cop wasn't about to take action.
....Have you ever had the uncontrollable urge to laugh at the most inopportune moment? Me neither - well, not until that moment! In only a few seconds I was laughing until my eyes were tearing and my side was beginning to hurt. You know how they say that laughter is contageous? It's true. The security guard told me that the fire department and the police were on their way. Then, even he started to laugh. Before long all those in the lobby were laughing. I looked outside and saw that a wave of laughter had begun to spread out there too.
....If it's true that laughter is the best medicine, our victim was feeling better. He/she was laughing, perhaps nervously, at his/her plight.
....Eventually, after the convoy of police cruisers, firetruck and ambulance had arrived, I completed my errand and left the scene. I can only assume that victim's injuries were only those of pride and dignity.

(Remember the animated lady at the polling station?) I had heard some of the early election returns on the radio and was aware that the candidate she was supporting was losing big time with only about five percent of the votes. I guessed that she'd probably lost most of her enthusiasm as dusk was approaching.

Again, I ask you, what is the world coming to? What price is loyalty? I suppose I shouldn't have been surprised when I saw her. Not only was she still excitedly animated, but she was at a different polling station! She'd switched allegiance. She was carrying the sign of the politician who was defeating her original candidate.

(1) Always draft and save my blogs as a document.
(2) Always wear underwear in public.
(3) Laugh and the world laughs with you.
(4)Above all, never dangle my participle.

No.752
Curmudgeon responsible for this post: Hale McKay at 10:18 PM

well Mike I hardly know where to start? but I'm guessing there is no better place than here: Dangling participle...
I'm most pleased to know that you had such an educational day, there certainly were some lessons worth learning in that lot.

Should we take up a collection and buy you a digital camera? I would've loved to see the things you saw yesterday!

Not only will I never wear a wraparound skirt, I never plan on using a revolving door again.

Dangling participles is what being a Pirate is al about.

Excellant advice, just be sure the uderwear is clean. lol

Wrap arounds huh?!?!? lol Haven't had one of those in my closet in awhile but maybe its time to head to the store!

I had to read all the way down here to get the rest of the story -and what a story it is. Dangling participle - and dangling....uh...

This post blew my mind. Why can't I ever see things like that? I'm sitting around trying to drum up something to blog about, while stories like this one are just falling into your lap? Bastard.