The White House or the Big House? 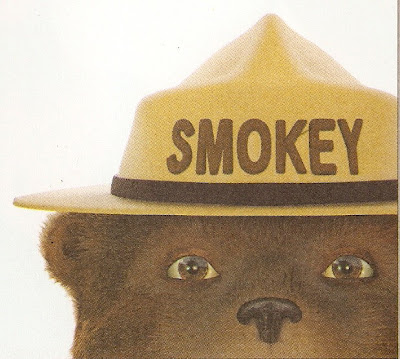 Yesterday I showed my patriotism with my actions when I shoved a woman to the ground in yesterday's post . (Please reserve your opinions of that action until you've read that post.)

Today, I want to show my patriotism with my words.

Before I use my own words, I want to share some words I borrowed from Mushy over at The Silverbacks.

Hot on the heels of his explanation for why he no longer wears a flag pin, presidential candidate Senator Barack Obama was forced to explain why he doesn't follow protocol when the National Anthem is played.

According to the United States Code, Title 36, Chapter 10, Sec. 171...During rendition of the national anthem when the flag is displayed, all present except those in uniform are expected to stand at attention facing the flag with the right hand over the heart.

'As I've said about the flag pin, I don't want to be perceived as taking sides,' Obama said. 'There are a lot of people in the world to whom the American flag is a symbol of oppression. And the anthem itself conveys a war like message. You know, the bombs bursting in air and all. It should be swapped for something less parochial and less bellicose. I like the song 'I'd Like to Teach the World to Sing.' If that were our anthem, then I might salute it.'

Yes, ladies and gentlemen, this could possibly be our next president. I, for one, am speechless.

Let's Teach The World About This Idiot!

Like Mushy, I was speechless, but for only the amount of time it took for my blood to reach the boiling point.

Bear with me as I attempt to break down that "gem" of a response:


◊ "As I've said about the flag pin, I don't want to be perceived as taking sides."

Taking sides? You're an American. You're already on a side! You are an American citizen, aren't you? Has anyone ever thought to verify the authenticity of your birth certificate? Someone should get on that right away!

◊ "There are a lot of people in the world to whom the American flag is a symbol of oppression."

◊ "And the anthem itself conveys a warlike message. You know, the bombs bursting in air and all."

Well yes, Fort Sumter was being attacked and through it all the flag was still standing. You did take history in school, didn't you? Were you paying attention, or were you reading "Arabian Nights?"

◊ "It should be swapped for something less parochial and less bellicose."

bellicose, adj. of a quarrelsome or hostile nature; eager to fight or quarrel; warlike

May I offer you a couple more words to add to your vocabulary? Try these on for size: loyal and patriotic.

I am not totally convinced that "I'd Like To Teach the World To Sing" is on your iPod. Surely you can come up with a better anthem than that! Let me help.

Perhaps more to your liking you'd opt for one of these choices: "Midnight at the Oasis," or "Rock the Casbah." Wait! I got it ... "Ahab the Arab."

You are extinguishing your own flames. You've met the enemy ... And he is you!

No.1462
Curmudgeon responsible for this post: Hale McKay at 8:52 PM

Obama's voting record lost my support from the beginning; his comments that you've reprised (and I heard him try to condescendingly pass off as "misconstrued") are all I need to not vote for him and his ideology he ran on in the primaries, and now runs from in the general, to see how many people he can fool.

Thanks for dropping by to let me know you posted the final installment. I've been slacking off lately...off I go to read it!

But sometimes, within all the smoke, there's just someone in the middle blowing it.

No, I am not an Obama supporter. I'm just not a hoax supporter, either.

I agree - he can sure talk the talk, but I seriously doubt he can walk the walk.

I was aware of the conflicting reports on this matter. Careful,
some of these "disclaimer" sites, especially Snopes, are known to be agenda driven. They sometimes are the ones blowing smoke.

I hope you find the ending satisfactory.