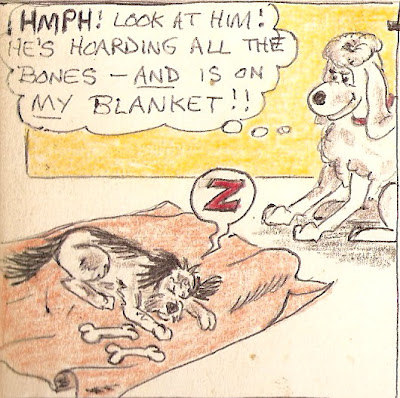 After a week of below freezing temperatures with wind chill factors below zero during the daylight hours, next week promises to be "blistering" in the 40s. There will be a trade off as several upcoming days will feature heavy rains with the possibility of changeovers to some snow.

Alas, it's that time of year. Can you believe it? Thanksgiving is just four days off? One of these years I'll remember to take the Friday after Turkey Day off!

A turkey farmer was always experimenting with breeding to perfect a better turkey. His family was fond of the leg portion for dinner and there were never enough legs for everyone. After many frustrating attempts, the farmer was relating the results of his efforts to his friends at the general store get together.

"Well I finally did it! I bred a turkey that has 6 legs!"

They all asked the farmer how it tasted.

"I don't know" said the farmer. "I never could catch the damned thing!"

I found this on one of those open forums, so supposedly it is true. In any event, it's funny.

Last year at Thanksgiving, my mom went to my sister's house for the traditional feast. Knowing how gullible my sister is, my mom decided to play a trick. She told my sister that she needed something from the store.

When my sister left, my mom took the turkey out of the oven, removed the stuffing, stuffed a Cornish hen, and inserted it into the turkey, and re-stuffed the turkey. She then placed the bird(s) back in the oven.

When it was time for dinner, my sister pulled the turkey out of the oven and proceeded to remove the stuffing. When her serving spoon hit something, she reached in and pulled out the little bird.

With a look of total shock on her face, my mother exclaimed, "Darci, you've cooked a pregnant bird!"

At the reality of this horrifying news, my sister started to cry. It took the family two hours to convince her that turkeys lay eggs!

A Woman goes into a tattoo parlor and tells the tattoo artist that she wants a tattoo of a turkey on her right thigh right up just below her bikini line. She also wants him to put "Happy Thanksgiving" under the turkey.

As the woman is getting dressed to leave, the tattoo artist says "if you don't mind, could you tell me why you had me put such unusal tattoos on your thighs?"

She says "I'm sick and tired of my husband complaining all the time that there's nothing good to eat between Thanksgiving and Christmas."

Tomorrow's post will continue the epic revisionist history of Christmas with part four entitled, "What In the Hell Is Myrrh?"

If you haven't read the previous installments you can do so with part one at this link: Marty & Josephine . (Each installment links directly to the next.)

Pssst...tell the farmer to quit chasing the six-legger, and just SHOOT IT.

I may have to try out that cornish game hen maneuver next year...

They need to leave the turkeys alone, for heavens aske. Already the domestic birds cannot procreate without assistance.

Loved the cornish hen in the turkey!

Yeah, that Cornish hen maneuver is good & funny idea - especially if there's a blonde to target in the family or circle of friends.

The wild ones aren't as fat and of course are gamy. We are too sued to the domesticated steroid shot up birds of today.

Those tattoos would certainly cause some talk and turn some heads down at the beach in the summer.