I'm Dreamin' of a White House

Following the announcements of his choices for his official staff, President-Elect Barack Obama today announced plans for architectural changes to the White House.

Pictured below is an artist's rendition of Obama's suggested changes to the exterior of the 1600 Pennsylvania Ave address. 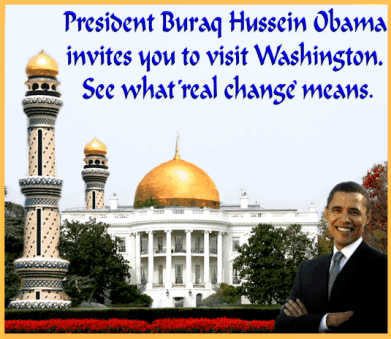 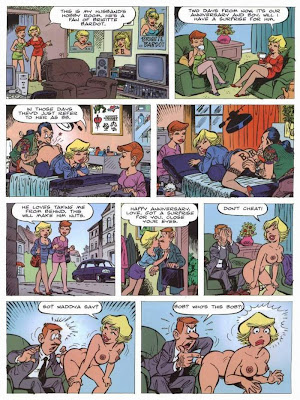 Blowing Money
A guy goes to the tattoo parlor and offers the tattoo artist $1,000 to put a $100 bill on his Willie. The artist agrees, but is curious and asks the man why he wants to do this.

The man replies, " I have my reasons which I would rather not tell right now".

So, the artist goes ahead and does the job. But, all the while he is anxious with curiosity over why this man wants a $100 bill on his penis. So, he tells the man that he really needs to know the reason why and says that the man can keep the $1000 he would have paid for the tattoo if he would just tell the reason for putting a $100 bill on his Willie.

So, the man consents and offers these four reasons:

"First, I like to play with my money.
Second, I like to watch my money grow.
Three, I like how money feels in my hand;
And fourth, and most importantly, the next time my wife wants to blow $100, she can stay home to do it."

Love the "BOB" comic strip! What a hoot!

I like the changes to the white house. I always thought it could use a little gold as an accent...

And now I'm calling upon you to help out VE. Proceed to my blog, the details are on the Tuesday post (yeah, yesterday). Many thanks...

I don't like those changes to the White House. Just saying.

As for blowing money. Makes sense to me.

Thanks for the laughs. Have a terrific day. :)

It reminds me of a spoken joke. The birthday boy was B.B. King.

My vote has been cast for ya buddy.

Thumbs down on changes to White House, though putting Bela Pelosi in a muzzling burhka isn't such a bad ideer ;)

I don't think "change" is going to be as easy as some eople hope. Anyway, blowing money might be fun.

I agree minarets and gold dome on the White House do nothing for me.

You are so right. I'm afraid the biggest change will be the people and then it'll be politics as usual.