history of the pc

The Neanderthals didn't have computers. Since they didn't have any numbers, they would have never been able to program it anyway. With no numbers, they had no accounts on which to charge, thus they couldn't even purchase one. Microsoft back then made clubs. Without numbers these cavemen couldn't even count to three when the little hairy ones acted up. They had to send them to rocks (they didn't have beds either) without any mammoth stew. They only knew a crude counting system; either they had enough mammoth meat in the fridge, 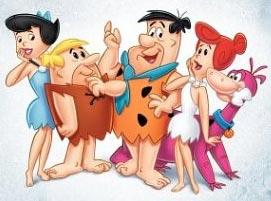 or it was time to go hunting again. So it would be that Ugh, Ugh and Ugh would set off to hunt. As a series of grunts that sounded like "ugh" was the only sound they could make, everyone was named Ugh.

It wasn't until the arrival of the first nerds that things began to change. It took the earliest of the nerds, the Egyptians, to put numbers to practical use. They engineered and built the pyramids. (With the help of the Vegans.) Pythagoras taught the Greeks how to calculate the tips for their bar tabs. It was a Chinese man who dropped and broke his abacus one day, that was the first known occurrence of "down-time." It was then we were well on our way to a computer age.

The first real break through in computers was the Sperry UNIVAC. Although it was the size of a small building, it eventually made it possible for

employs to play solitaire on their PC screens. One of the first wide-spread use of computers was when the Internal Revenue Service replaced its "knee-breakers" with electronic accountants, known today as auditors.

Today, computers are an integral part of nearly every facet of our lives. Practically every home has at least one PC. To use these marvels of technology, we have all had to learn how to use them and to understand the terminology. Some of those terms are:

Hardware -- The part of the computer that doesn't work when you spill beer or coffee on it.

Software -- These are the programs put on the hard drive to send instructions to the CPU, which in seconds sends you an error message. This requires you to call technical support or to refer to the users manual that usually harder to read than a doctor's prescription order for the pharmacy. In most cases the

se manuals are usually copies of Stephen King's The Stand with a Microsoft cover.

By the time you have learned those terms above, you will have learned about all you will ever need to know until you figure them out your problems on your own. And you will, in spite of yourself! Then you find pics like the sexy woman at the left -- oops! Ahem ... Heh-heh. Sorry.

(The idea for this posting has been "borrowed" from Dave Barry In Cyberspace published by Crown Publishers, Inc., 1996. You can read Dave Barry's columns at http://www.miami.com/mld/miamiherald/living/columnists/dave_barry.)