What Kind Of Man Reads...

I'm sure you've heard of the catch phrase, "What kind of man reads Playboy?" When I saw it the first time I thought, "There's stuff in there to read?" Oh yeah - the jokes! 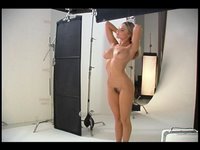 ts of the Centerfolds!

As for the so-called reading material, there sure was an awful lot of it! To that fact I can attest, because many times I found myself eagerly zipping past and through those pages. While this will probably come as a surprise to you, I can assure you that I wasn't looking for interesting reading material. You could flip through easily 30 to 40 pages or more between the

Getting one's hands on a Playboy Magazine back then was a major score. These magazines were always behind the counter, inaccessible to us teens. Our fathers, uncles or older brothers were often the unwitting suppliers of that "Atlas of Anatomy."

Nowadays I am not so concerned about what kind of man reads Playboy, or looks at the pictures for that matter. I've moved on. You might say I've climbed a little higher on that intellectual ladder. I'm more interested about the impact of what people read and what impact they have on the world. 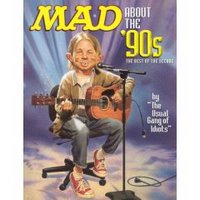 ire and serious events in the world.

The same goes for who reads Redbook or Good Housekeeping.

The kinds of persons who read Blogs are intelligent and well versed. They wish to be entertained, informed and to escape from the pressures of their jobs, families, and poor choices to watch on television. What kind of man reads Blogs? What kind of woman reads Blogs? Many of them are Bloggers themselves.

No.479
Curmudgeon responsible for this post: Hale McKay at 11:30 PM

Now a days they don't have to sneak the playboys...what with Maxim and Stuff. And yes, I read bloggers. It's cheaper than subscribing and I don't have all those magazines to get rid of afterwards.

You want to find out what is going on across the continent or the world for that matter, you read blogs. They touch every one of your senses from your tear ducts to your funny bone. And some even cause a little twitch in other bones...if ya' know what I mean!

I'll never forget how my son got caught sneaking dad's playboys to YMCA summer camp. It was the family scandal. Apparently, my daughter - 5 years younger than my son - really learned a lesson from all this. She just recently confessed to selling them to kids on the bus.

So MAD has released a magazine for children. I flipped through it at work the other day. Guess what. It's the same as regular MAD.

By the way, I find it hilarious that a guy with the name "long iron" is commenting on an entry that has Playboy in it.