The Preamble: In Other Words 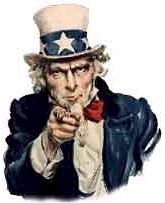 We the People of the United States, in Order to form a more perfect Union, establish Justice, insure domestic Tranquility, provide for the common defense, promote the general Welfare, and secure the Blessings of Liberty to ourselves and our Posterity, do ordain and establish this Constitution for the United States of America.

I feel safe in saying that most everyone recognizes the above paragraph as The Preamble of the U.S. Constitution. For the most part, I think Tommy Jefferson, Jimmy Madison, Benny Franklin, and the rest of the boys did a pretty job of drafting it. When they were doing their thing, however, the vernacular of the eighteenth century was fairly standard. They all spoke the King's English, and besides, they hadn't been in this country long enough to screw it up yet.

That got me to thinking, which set off the smoke alarms in my house, just for the record.

What if our Founding Fathers had to deal with the various dialects now prevalent in our country? When they drew up the Constitution, I wondered what they might have authored and who would have been their advisers. So I decided to put it to the test.

(Come on folks, this one is a no-brainer:)
George Dubya Bush: (see Moron)

I cannot take much credit for creativity for this post. Actually, I can't take any credit. Using another blog site, which I only use for testing and maintaining drafts, I typed in the Preamble. Then I had the site "Dialectized."
....If you would like to have some fun with your site, or someone else's for that matter, visit Rink Works. Once there, click on the drop-down box to select the desired dialect. The selection includes: Redneck, Jive, Cockney, Elmer Fudd, Swedish Chef, Moron, Pig Latin, and Hacker.
....Next type in the URL of the sight you would like dialectized. The translation is almost instantaneous. Don't care to do an entire site? Scroll down and you can dialectize a small body of text instead by typing or pasting into a text box. This is much handier if you are going to use multiple dialects as I did above.

No.660
Curmudgeon responsible for this post: Hale McKay at 12:24 AM

So that's why my smoke alarms go off for no reason....hubby is thinking...LOL

You're on a roll here Buddy, you should have gone to Vegas for the weekend.

Those are great! I liked Elmer Fudd the best! LOL

Hi Mike ~~ Very clever post. It's so
amazing how they can do that, change
the dialect. Thanks for comments,
glad you got a laugh. Cheers, Merle.

glad to read you used a dialectizer because I was thinking, "damn, this must have taken him FOREVER to do!"

You have got to be the funniest/intelligent blogger in all of bloggerland...great stuff...makes me smile =)

Sorry I don't drop by as often as I should...

That was a funny one!

Keep up the great work!

You crack me up! That's hilarious stuff. I was envisioning you typing out all of that pig latin - geesh, what a pain in the watusi! Elmer Fudd was pretty cool too.

I can identify with the smoke detectors going off. It doesn't happen too often, thanks to my lack of brain power.

You always amaze me with some of the odd stuff you find out there on the net. You are the ultimate sufer.