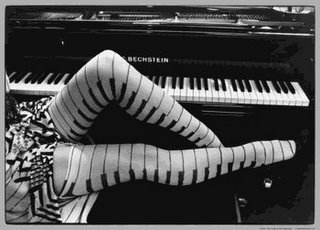 "It's rainin' inside a big brown moon;
How does that mess you baby up, leg?
Eatin' a Reuben sandwich with saurkraut;
Don't stop now, baby, let it all hang out."

I'm sure some of you few of you will recognize the lines above as part of the lyrics to the Hombres' hit, Let It All Hang Out. Yes, I said hit. In the mid sixties that song was high on the charts.
....I don't claim to be a card carrying member of Mensa, but to this day I haven't a clue what message those lyrics were supposed to convey. That song, by no means is only one with perplexing lyrics that had listeners scratching their heads and saying, "WTF?"

I don't suppose anyone can tell me what John Fred and His Playboy Band were trying to tell us with Judy in Disguise (With Glasses) ?

"Keep a-wearin' your bracelets and your new rara,
Cross your heart - yeah - with your livin' bra.
Chimney sweep sparrow with guise
Judy in disguise ... with glasses."

Bruce Springsteen wrote the lyrics to Manfred Mann's Earth Band hit, Blinded By the Light. I wonder what he was smoking?

"Some brimstone baritone anti-cyclone rolling stone preacher from the east,
He says: Dethrone the dictaphone, hit it in its funny bone, that's where they expect it least."

Then there was Incense and Peppermints by Strawberry Alarm Clock:

Those are only four such songs that I could bring to mind for the time being, but I think you get the picture. Is it me, or is it like deciphering some code to try to figure out just what they were trying to say in these songs?

Have you any thoughts and/or insight into any of those lyrics? Perhaps you have a few similar lyrics from other songs that have you scratching your head and saying, "WTF?"

Thumbs up, grins and smiles to Karen for featuring my site on her Fun Friday post. Thank you Karen. Also I'd like to say thanks to the visitors she steered here. Welcome, and I hope you come back again. I'll be dropping by at your sites too.

No.689
Curmudgeon responsible for this post: Hale McKay at 10:57 PM

Some of those songwriters WERE doing some serious drugs. Have you taken a look at the lyrics to The Beatle's Yellow Submarine, or Yes' Roundabout? They made sense when I was also high, but now they are just funny.

I read somewhere, long ago that if you are doing something in an altered state of consciousness, you need to be in the same altered state to understand it later.

That was applied to test taking.

I proved it wrong once when I took a college German exam after a four beer lunch. (Alright, it was only three beers, but you get the picture.) I got the best grade ever for the course. Too bad it was near the end of the semester.

I suspect if the authors of those weighty words were to look at them now they, too, would be scratching their heads muttering, WTF!

In the infamous words of everyone's hero, the Terminator, I'll be back. lol

Don't try to understand them, Mikey. Just pass the drugs and enjoy. Mellow out, man.

That freakin' song is going to be stuck in my head ALL DAY now.
Way to go.

Did you ever try listening to the lyrics to "McArthur Park" or "Hotel California"? I guess it's a rythem thing.

We should seriously research this further. You bring the drugs and I'll bring the munchies!!

Some things are best left lying Mike, the deeper you dig the stranger some things get.

I know exactly what those lyrics by Strawberry Alarm Clock mean--it's so obvious. In the song, an old lady wearing a Vegas showgirl costume wanders into a church and gets her fishnet pantyhose caught on a gargoyle. Then a flood of Diet Shasta fills the church up and everybody drowns.

You seem like a smart guy--frankly, I'm a little surprised you didn't get that.