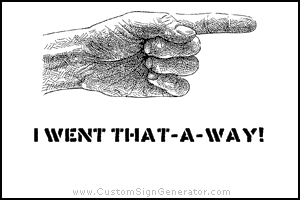 Voice Mail is a vice!

Have you ever played Phone Tag? Of course you have. It's fun isn't it? Not!

Have you ever played Multiple-Player Phone Tag? No? It's the newest sensation sweeping the nation. It is one intense, highly competitive game. I won't go as far as to say that it's not for the faint of heart, but it's certainly not designed for those short of patience.

There was a feeling of play off fever in the air as I took the field. (Excuse the sports euphemism; read as it was a typical day as I went to work.) I hadn't reached the end of the street when my cell phone rang. As there is an elementary school around the corner from my house, I ignored the phone until I had cleared the school zone. I pulled over and parked to answer the phone. I had missed the call, but the caller had left a voice mail.

Voice Mail: "Mike, call the office as soon as you get this message. It is very imortant!"

Wondering what was so important, I punched in the office number. I was well aware of the fact that "very important" usually meant there was another job being added to my already full schedule. "I'm sorry, but I cannot come to the phone right now. If you leave your name and number, I'll get back to you as soon as possible." What the hell? Did she make the call, leave the message, hang up and then run as fast her legs could carry her away from her desk? "This is Mike. I'm returning your call." I shut off the phone and continued on my way.

I hadn't even driven a half mile when my phone rang again, and again I missed the call. Once again she'd left me a voice mail: "Sorry, Mike. I had to step away. I'm at my desk now. Please call me back." (Sigh!) So I called the office again. Can you believe it? You better. "I'm sorry, but I cannot come to the phone right now. If you leave your name and number, I'll get back to you as soon as possible." Are you seeing a pattern developing here? I was it, so I called right back. "Hello, Mike again. I'm returning your call, returning my call, returning your call!"

The game had turned into a defensive struggle. I was just about to shift into drive - you guessed it - when my phone rang again! "Hello?" There was no one there. I clicked up the last call and saw my daughter's phone number. I clicked on the last call and heard: "Hi, you've reached Gretchen. I cannot answer the phone at this moment. Leave me a message and I'll call you back." I looked skyward and muttered, "Did I do something today to piss you off? "Hi Gretchen, it's Dad. You called? The phone rang but no one was there. Well, call me when you have the chance."

Finally, I reached the house of my first client - twenty minutes late. He greeted me at the door and told me that my office had called and wanted me to call them as soon as I arrived. Using the client's phone this time, I figured a different phone might bring me some luck. (Sometimes a pitcher asks the umpire for a new ball.) "I'm sorry, but I cannot come to the phone right now. If you leave your name and number, I'll get back to you as soon as possible." Trying hard not be sarcastic I said to the voice mail: "Mike, again. Tag! You're it!"

Barely five minutes had passed when the client's phone rang. At that moment I had Mr. C. in the shower. For obvious safety reasons I could not leave him alone in the bathtub/shower, so I ignored the phone. Once the shower was done and he was dressing himself, I went to his answering machine to see who had called. "Mike, how come you were late getting to Mr. C.'s house? I still need to talk to you. It's important. Please call me." I was it again! I don't mind telling you, but I was starting to get tired of the game.

I let the message sink in. Why am I late? Why am I late!? I immediately called the office. Why am I late, indeed! "I'm sorry, but I cannot..." (CLICK!) I hung up the phone before the recording played through. I swear, if I had been anywhere near that office, I would have dumped a gallon of Super Glue on her f--king chair! It wasn't even 10 o'clock yet, and I was ready to commit a flagrant foul. Talk about illegal procedure ...

By the time I had stopped at a Wendys at 12:30 for some groceries for the stomach, I had received two more messages from the office, another from my daughter, and the added bonus of one from my wife. By the time 1 o'clock had rolled around, I had returned each call, and those passes were intercepted by voice mails and an answering machine. If that wasn't enough, I was flagged for a penalty - my f--king french fries were cold!

Finally at 1:30, a human voice answered at the office. (Incomplete pass!) Another person had answered. She had gone home for the day! (What? Did she break a finger nail on the phone buttons?) The girl told me that she had a question about next week's schedule, but she had figured out. I should disregard the messages. (Are you shitting me? Next week's schedule is very important?) If she could have read my thoughts I would have been kicked out of the game ... for conduct unbecoming of a player.

I eventually caught up to both my wife and daughter. The two of them had contrived to call me for the same reason, figuring at least one of them would reach me. ("Could I pick up a gallon of milk on the way home?)

As you can see, Multiple-Player Phone Tag can be a brutal game. If you ever decide to play someday - be sure to have a game face!

No.773
Curmudgeon responsible for this post: Hale McKay at 10:58 PM

And why do we get cell phones for??....To give us a headache like that....LOL

Maybe today will be a better day!!!

Oh this is hilarious! I can't even get my phone to ring.

I hate that! You had a particularly grueling game of it though - yikes!

that's why i changed to text messaging!

The only thing I hate worse than voice mail is the automated phone systems....press one to f*:*k u7p the rest of your day.

I'm with Karen. Text messaging is the way to go.