The Shape of Things To Come?

For a little bit of nostalgia and some laughs, if you don't read another blog tonight, check out my fellow wordsmith's post over at Verbicidal Tendencies.

I "borrowed" the following from Phil at Phils Phun.

FINALLY, SOMEONE HAS CLEARED THIS UP FOR ME....

For centuries, Hindu women have worn a dot on their foreheads.

Most of us have naively thought this was connected with marriage or religion,but the Indian Embassy in Canberra has recently revealed the true story.

When a Hindu woman gets married, she brings a dowry into the union. On her wedding night, the husband scratches off the dot to see whether he has won a convenience store, a service station, a doughnut shop or a motel in Australia.

If nothing is there, he must take a job in India answering telephones
Giving technical advice to either Telstra, Optus or Citibank.

Well that got me to thinking how the landscape has changed in recent memory over the years, especially when it comes gas stations and convenience stores. Don't get me wrong, the Hindu people are a hardworking people. I am not going to rant about their enterprising endeavors...........

But I did not say that I wouldn't poke fun at them either!

I'm going to borrow a title from an H.G. Wells book, The Shape of Things To Come, and peek into the not so distant future at not only the Hindu, but the Arab influences as well. You might think of this under another title:

Coming Soon to a Neighborhood Near You. 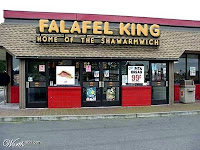 -Okay so they got rid of the trans-fat oils, what might be in them now? 100% beef? Two all beef patties on a sesame seed pocket bread.

Will it still be finger lickin' good over at the Ayatollah Sanders joints? 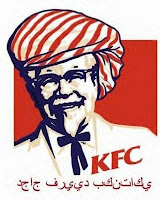 Yes, I'm afraid the commercial landscape as we know is going to change dramatically.

Is that venerable icon of the cigarette industry, The Marlboro Man destined to be replaced by Hashish Man ? 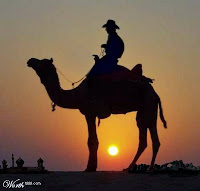 The impact will be felt on the newsstands also. Playboy Magazine will be at the forefront to dip into a heretofore untapped market. A possible sell-out issue:

The Girls of Afghanistan 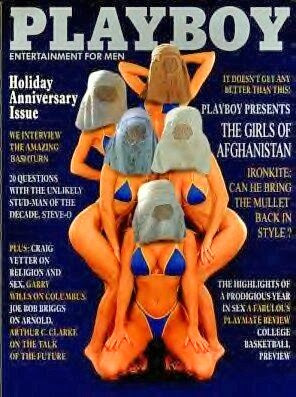 Yes, these gals are going to bare it all! (Except their faces!)

Perhaps the words of the Yardbirds in their hit, Shape of Things To Come , was a warning:

(All of the above images were lifted from The Silverbacks.)

You have been warned!

I hopped right over to Verba whatsit and discovered: Whoa? I seen these about 5 days ago. You must hurry up, Dave.