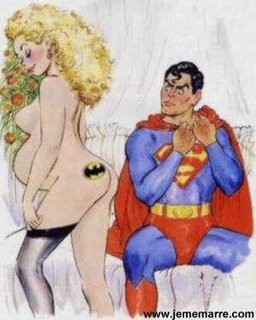 Most prose is written before a title is assigned to it. Newspapers have headline writers. Some publishing companies have title writers.

Leave it to me, to put the carriage before the horse. I cannot count how many of my posts actually began with a title. As such, I keep a notebook of "non-working" titles. You might say they are unemployed titles.

These titles might range from puns to alliterations. They could be in the form of malapropisms. They might originate from existing movie, book or song titles. Sometimes they could be noted movie lines, or famous quotes and lyrics. Almost always I tend to add a twist to them or to mangle them, if you will.

I thought it might be interesting to use some of those "titles" collectively in a single post. For laughs, I added some possible scenarios if and when they are ever used. (Don't hold me to these scenarios.)

-1) I Could've Been A Bartender - A failed boxer spends evenings getting tossed out of bars.
-2) You Tolkien To Me? - A cab driver finds a wedding ring and struggles with a decision to turn it in or to pawn it.
-3) The Eiger Suction - In this sequel to Brokeback Mountain, the two men find themselves alone in the Swiss Alps.
-4) Raiders of the Lost Arcade - Indiana Jones discovers that Runic scriptures are actually "cheats" for video games.
-5) Show Me the Monkey - Playgirl magazine conducts its annual search for its Male Centerfold Of The Year.
-6) Go Ahead, Make My Day Bed - Dirty Harry now lives in an assisted living nursing home.
-7) Logan's Buns - Even in the future, streaking and exposed butt cracks are a bane to society.
-8) Dunga Din - The secret life of India's dung beetles.
-9) Stranded In The Jacuzzi - In Darkest Africa, Dr. Stanley locates Dr. Livingston at a health spa in a hot tub with the native women.
10) The Happy Cooker - Too old to turn tricks, Xavier Hollander takes up gourmet cooking in the nude. Only for the strong of stomach.
11) The Last Tanqueray In Paris - An older man has a torrid affair with a young woman until she runs out of gin.
12) Missing In Traction - Chuck Norris spends golden years looking for Veterans in hospitals.
13) Hooligans Island - British soccer fans get stranded on the same island where the Minnow went aground.
14) Romancing The Kidney Stone - Michael Douglas makes a fortune painting kidney stones for use on the bottom of fish tanks.
15) Spirit in the Sty - Babe the talking pig gets religion.
16) The Scarlet Litter - Hester Pryne breeds prize-winning show cats.
17) The Man of La Manga - Don Quixote in Italy where they have no windmills, has to tilt against the Leaning Tower of Pisa.
18) The Incredible Mr. Whip-it - Goofy little man makes a name for himself as a flasher.
19) The Fantastic Fools - Mr. Fantastic - George Bush, Invisible Girl - Laura, Human Torch - Rumsfeld, and The Thing - Cheney, battle America's will.
20) Close Encounters of the Thirsty Kind - Man gets drunk and builds science fair volcano.

(Here, I have added some new titles that were not on the original post:)

21) Lord of the Wings - Bilbo Baggins last seen at chicken wing eating contest.
22) Kiss of the Spider Monkey - Tarzan leaves Cheetah for another.
23) How the Waist Was Won* - Kirstie Alley's battle to get back into a size 10.
24) Forever Amber Beer* - Amber St. Clair, tired of nobilty, returns to the country to make homemade beer.
25) The Ex-Files - Chapter 1: The Trousseau Is Out There; Fox Mulder and Scully investigate paranormal visitation rights of divorcees.
26) The Rambler - On a losing streak, Kenny Rogers drives a beat-up '59 Rambler looking for a poker game.
27) The Thyme Machine - Rachel Ray steals Mr. Peabody's time machine and travels back in time to steal recipes to claim as her own.
28) The Manchurian Clambake - A Presidential hopeful visits Far East and learns how to cook lobster in a wok.
29) Night of the Naked Dead - The Zombies are back and show up at a nudist colony, but are unable to scare the pants off of anybody.
30) The Last Time I Saw Paris - (See cartoon above) Superman becomes enamored with wealthy socialite only to discover that Batman had been there first.

No.1035
Curmudgeon responsible for this post: Hale McKay at 9:48 PM

Me tries to come up with a title that cryptically refers to me post, but me would have a hard time tryin to write anything that could fit in with your collection of punnery and wit.

Great banner. One of these days I will get it figured out. I did look at the code for it a couple of days ago. I just haven't had the time or nerve to experiment.

Thanks for lightening the load with the titles.

These are all terrific, Peter. And apparently I missed it the first time around, so I am glad you did a re-do.

I figured out how to add the photo to the banner. Now I have to get one that will fit properly.

Hope you're having an awesome 4th!

Hoss pointed me over here today, and I'm sure glad he did! Great post!

Thank you, Tan Lucy. I must admit that I'm a bit embarrassed because I haven't visited your site in a while. I'll fix that straight away.