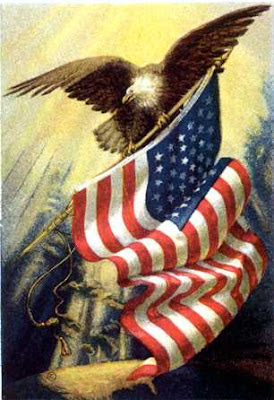 I PLEDGE ALLEGIANCE TO THE
FLAG, OF THE UNITED
STATES OF AMERICA,
AND TO THE REPUBLIC,
FOR WHICH IT STANDS,

ONE
NATION UNDER GOD,

INDIVISIBLE, WITH LIBERTY
AND JUSTICE FOR ALL!

To those who would deny me my rights, why do you suppose that I make no attempt to deny you your rights? You don't get it, do you? You really don't get it!

If you take the time to analyze the words, that simple pledge above is a little more complex than it appears. Please note that it ends with the words: "...with liberty and justice for all."

Why do I not deny you your rights? Because I took that pledge. Like it or not, that pledge honors not only my rights, but yours as well. As I have the liberty (freedom) to honor that flag and our nation, and am protected (justice) to exercise that right, you can desecrate that flag without fear of persecution.

You can burn the Stars and Stripes because of this act of blind justice:

1995 December 12 -- The Flag Desecration Constitutional Amendment is narrowly defeated in the Senate. The Amendment to the Constitution would have made burning the flag a punishable crime.

But it isn't the essence of the pledge that troubles you, is it? No, it's that one word, the one in bold red letters above, that ignites your protests.

To you, it would acceptable if the word "God" were omitted from the pledge. You want "In God We Trust" removed from American currency. You've already taken prayer in our schools from our innocent children. You've removed "The Nativity" from public properties. Alas, because of you, even the Pledge of Allegiance has been all but banned.

I'd call those accomplishments the rape of civil liberties. The following cartoon mirrors my thoughts. It was titled: "Screwing Justice."

It took many brave men and women, better American patriots than you and I, to make this country what it is - a land of freedom. It took people with far more courage than you and I possess, with a lot more to lose, to have the audacity to stand up to the British Empire. 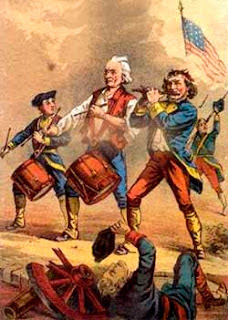 In the conflict that followed, braver men than you and I risked and lost their lives for the cause of independence.

When independence was finally won, it took men and women far more wiser and insightful than you and I to draw up the Constitution of the United States of America.

It does not require the insight of our forefathers to see that the inclusion of worship is one of the freedoms guaranteed us by that document. That means we are all free to worship God and to practice our religions of choice. 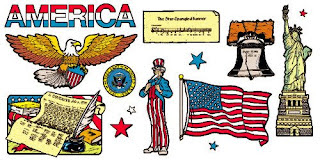 Let's cut to the chase. Our Legislative and Judicial branches have lost their way, no doubt populated by some such as yourself. They were formed to keep each other in check, watchdogs one over the other. Regardless of their misguided decisions of the past in your favor, there will come a day when those measures will be overturned and given back to the people.

Why not visit the Middle East and try to challenge the presence of religious icons there? While there why not try to remove the name "Allah" or "Mohammad" from public view, documents and songs? If you were to survive, you'd be lucky to be locked up for life.

You see, you would not have the right to pull off the dastardly deeds over there that you've gotten away with over here. Maybe then you can reflect and say to yourself, " Hmmm, this place they call America isn't so bad after all."

While you are reflecting, ask yourself why so many of our Patriotic songs make references to God? Maybe those who wrote the lyrics knew more than you and understood the importance of worship.

If you can relax your self-absorbed self-serving crusade long enough to let my words sink in, perhaps you'll realize that no good can come from having your cake and eating it too.

Remember, it was because of the belief in God that this country became what it is - a land that respects my God and even your God. It is you - you, whom I do not respect. 'NUFF SAID?

No.1397
Curmudgeon responsible for this post: Hale McKay at 9:58 PM

Here! Here! Way to tell it like it is!

You are more forgiving than me. In my opinion, if they they try to take away the rights of others, then their rights should be forfeited.

Thank you!!! Loved the article and all the references.