Obama Thanks You, Suckers

I liked the following so much, I lifted it from Mushy over at The Silverbacks to post here. The fact that I had nothing else to post today had no bearing on that decision. 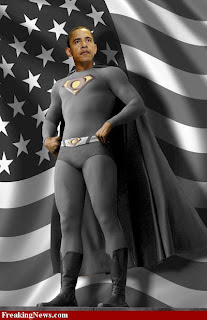 My fellow Americans: As your future President I want to thank my supporters, for your mindless support of me, despite my complete lack of any legislative achievement, my pastor's relations with Louis Farrakhan and Libyan dictator Moamar Quadafi, or my blatantly leftist voting record while I present myself as some sort of bi-partisan agent of change.
I also like how my supporters claim my youthful drug use and criminal behavior somehow qualifies me for the Presidency after 8 years of claiming Bush's youthful drinking disqualifies him. Your hypocrisy is a beacon of hope shining over a sea of political posing.
I would also like to thank the Kennedy's for coming out in support of me. There's a lot of glamour behind the Kennedy name, even though JFK started the Vietnam War, his brother Robert illegally wiretapped Martin Luther King, Jr. and Teddy killed a female employee with whom he was having an extra marital affair and who was pregnant with his child. And I'm not going anywhere near the cousins, both literally and figuratively.
And I'd like to thank Oprah Winfrey for her support. Her love of meaningless empty platitudes will be the force that propels me to the White House.
Americans should vote for me, not because of my lack of experience or achievement, but because I make people feel good.
Voting for me causes some white folk to feel relieved of their imagined, racist guilt. I say things that sound meaningful, but don't really mean anything because Americans are tired of things having meaning. If things have meaning, then that means you have to think about them.
Americans are tired of thinking. It's time to shut down the brain and open up the heart. So when you go to vote, remember don't think, just do. And do it for me.
Thank You.
Barack Hussein Obama,

No.1424
Curmudgeon responsible for this post: Hale McKay at 8:42 PM

LOL...you're not gonna be popular on the Martha Vineyard circuit ;)

What's mine is yours! Spread the truth!

As you can no doubt imagine, I'm hardly shaking in my boots.

ooh this is scary..I do believe Barack has a good intelligent brain..uh McCain seems very confused most of the time and not self assured or aware of much..and makes many blunders..I would trust his common sense..or lack of.

I think it's time we changed..Barack is doing what he has to do to win..play the game as the news media, pundints and everyone else wants him to play..and he still gets attacked..

I think when he's in the white house you will see how intelligent he is and that he does have a "plan" a good one..so we will wait and see how his judgment calls are then..right now he's just having to play the stupid game..

You'll see..JMHO..If McCain wins he will be going on and on about when he was a pow which means he's experienced..I'm sorry but that makes no sense to me..I just want someone in there who is not confused angry, makes too quick irrational decisions and dives into everything without using his brain..and who will negotiate and talk with "the enemy" we need to stop closing ourself off from the world..we have scared a lot of countries..

I hope I did not offend you Hale..I've always like you and your blog..thanks for letting me have my say..you can delete this if you want..

"The times they are a'changing".

NO offense is taken. I would not even consider deleting your comments. The thing that makes America great is that we have the freedom to express our beliefs in prose or verbally.

For me, it's not a matter of race when it comes to Obama. It's his visible lack of patriotism. He had to be embarrassed into wearing the American Flag pin on his lapel. He doesn't salute the flag or place his hand over his heart during the American Anthem. When he decided to run for public office, why didn't he revert back to the name that was on his birth certificate - Barry? In the face of our struggles against Muslim terrorism, why flaunt an obvious Muslim name?

The fact is, I don't trust him. He scares me. How can one be President of the United States of American and not respect its symbols?

Having said that, that doesn't mean he would be a BAD President - at least we still have the Congress, the Senate and the Judicial Systems to keep him in check.

Bless you and God Bless America.

I dont' feel that wearing a flag label or waving an American flag is necessarily what makes one patriotic...it's our actions and our courage and the way we treat and respect (or don't respect) others and I also feel that this country as become very "seperatist" and seem to exclude others who dont' think just like or feel just like we do..like other countries..I am ashamed..

And I hope for a better country that represents all of it's people soon..time for a "change" and when Obama is president then we will judge his character on his actions and how he "handles" things and situations that arise..with dignity and maturity..age has nothing to do with that..

Thanks for sharing your thoughts also.