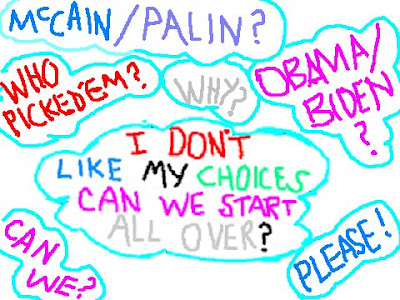 The young
man nearly
fell over three
or four times
as the wind caught the cardboard sign stapled to a wooden stake he was holding. Emblazoned upon a red, white and blue background were the words: Johnson for Alderman.

I started bearing to the left so that I could pass by him on the sidewalk outside the city Post Office. The man moved to his right directly into my path.

Despite the scowl on my face he didn't bat an eyelash and said, "Are you registered to vote, sir?"

"Yes, of course. Now if you'll excuse me, I have to get some stamps." I stepped off the sidewalk into the street so that I could get around his blockade.

I'm not sure if the gusts of wind caught the sail formed by his sign or if he deliberately moved into my path again.

He then went into his spiel, one which he probably stayed up half the night to memorize. "I'd like you to consider casting your vote for Ben Johnson for City Alderman today?"

I looked over his shoulder and saw a man locking the doors to the entrance to the Post Office. I glanced at my watch - 3:59 pm. A typical civil service employee, the man wasn't about to risk having any customers in the place past the 4:00 closing time.

"Ben Johnson is running for Alderman, is he? Isn't he the sprinter who had his gold medals taken away because he used steroids?"

I didn't let him finish and fired my guns again, "This Johnson fellow, is he an uncle? An older brother? Neighbor? Friend of the family?"

"Oh? Then you don't really know him."

"Well, yes. I do know him. He's my father." He actually raised his chest in pride.

"I see," I winked at him. "Nepotism is alive and well. So ... young Johnson, if daddy is elected to what job are you expecting to be appointed?"

"There's no job. I have to go to school," he answered.

I sensed that this young man's enthusiasm was beginning to wane. "Ah, you must be a Civics major ... Government ..."

"I'm a junior in high school. I'm not in college."

I was grinning at the poor kid by then, "You're not even old enough to vote, are you?" He shook his head and I added, "I hope your old man is paying you pretty good for walking around in the cold with his sign."

"He's my father. I don't get paid to do this," he said. I noted that his chest was deflated at that point.

"Ah, he's probably using the money he's saving not paying you, so he can give the other people carrying his signs more bucks."

I thought he was going to start crying. I decided to ease up on him. "Don't worry kid, you're father's not going to lose a vote because you made me miss getting my stamps."

"Thank you, sir. I really appreciate that. I'm sorry you didn't get your stamps," he offered.

"No problem. Your father won't lose my vote - because he never had it in he first place! You see, I'm not registered to vote in Malden. I live in Everett."

I turned and walked away. His sign was hanging loosely in his hand dragging on the ground. I thought to my self, "Nice kid, misguided, but a nice kid." I glanced back at him and saw that the sign was still on the ground. His head was bent down looking at it. That'll teach him to impede someone trying to get to the Post Office before it closes.

My smug little victory faded from my thoughts. Damn elections anyway! November will be here before I know it. McCain? Or Obama? Palin? Or Biden?

The irony of it all! I don't really LIKE any of them! Do you suppose if they reran the Primaries that maybe there would be different choices?

I have poked fun at the candidates in my Blog, but I don't necessarily like OR dislike any of them. None of them have impressed me either. 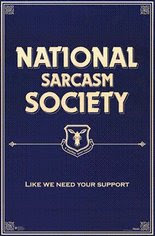 Maybe this is the year I again sign my name on the petition for the elimination of the Electoral College and forgo a vote for the President. It is beginning to look like the better option - at least for me!

A friend once said that was a cruddy outlook. I just shrugged - after all I am a crud carrying member.

I've been a member since 1948, the day I was born. I never leave home without it!

No.1469
Curmudgeon responsible for this post: Hale McKay at 8:54 PM

OK, so you are disenchanted.

You can cry in your beer.

You can bait youngsters who are doing their best to correct things.

You can do nothing, or,

You can find another way to effect change.

I am reminded of a young girl who was competing in an Optimist International oratorical contest who was asked the question, "Is the glass half full or half empty?" Her reply, "It is totally full."

As for me whatever is coming my way at any moment is a direct result of whatever I am giving out.

yeah, i know. i don't really LIKE any of them either. I have thought about not voting , but then i have no room to complain if i don't like the winner. i don't know if i'll decide who to vote for until election day!

I'm a big supporter of the Electoral College. Time for a debate!