Thoughts On the Bubble 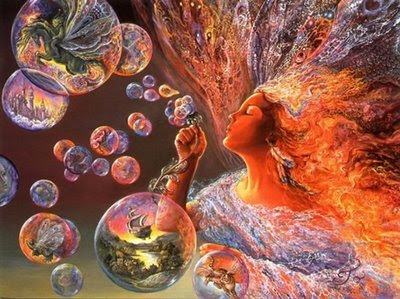 A man needs a mistress to break the monogamy!

Why was Bill Clinton so upset during the primaries?

If he had known 10 years ago how good Hillary would be at blowing the Presidency, he wouldn't have needed Monica.

Technique
A couple met at a golf tournament and fell in love. They were discussing how they would continue their relationship after their vacations were over.

"I see," the man responded. "It's probably because you're not keeping your wrists straight when you hit the ball."

Sage Advice
Never look down on someone - unless they're going down on you! 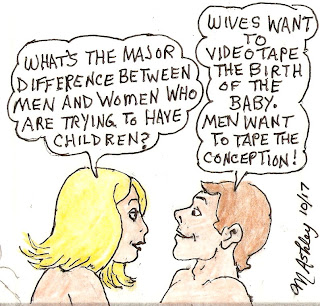 Come Again?
While discussing the Kinsey Reports in a human-sexuality course, the class gasped as the instructor read that one woman had several hundred orgasms in a single session.

A female student responded, "The hell with her. Who was he?"

Positions Please
"Will I be the first to do this to you?" a man whispered when his bride-to-be finally consented to have sex.

"What a silly question," giggled the girl. "I don't even know what position you want to try yet." 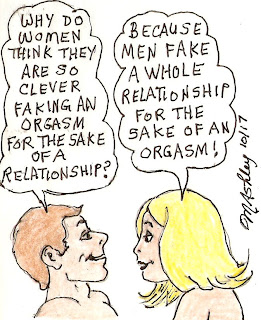 Appetizers
Why do they say eating yogurt and oysters will improve your sex life?

Check?
The judge asked the prostitute, "So when did you realize you had been raped?"

Wiping away tears, she replied, "When the check bounced!"

No.1497
Curmudgeon responsible for this post: Hale McKay at 8:29 PM

Excellent stuff...I hated to agree with the sentiments though...being a man and all!