Friday afternoon we were hit with our first major snow storm of the season. It was due to hit us some time after noon. Having canceled two of my jobs for the day, I completed the first one at 1:00 and pulled into my driveway at about the same time the first of the flakes started falling.

The weather reports had been calling for anywhere between 9 to 14 inches and that it would be falling at a rate of a half-inch per hour. The meteorologists were almost dead on! There is at least a foot of the white stuff out there.

I'll soon be firing up the snow blower, and I will most definitely use the electric starter!

From the drawing pad of my POODLE DOODLES comic strip I scanned the only three cartoons I had drawn featuring the winter time antics of "Missy." Laughing about a lot of snow is far more entertaining that trying to clean up after it. 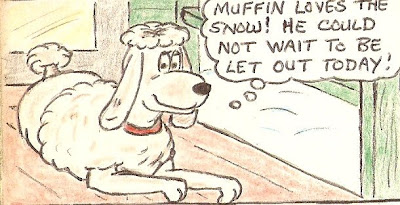 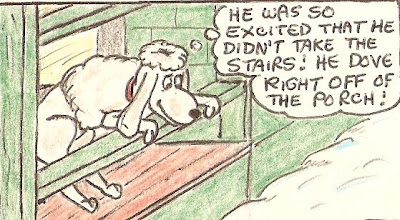 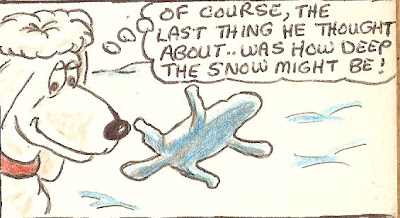 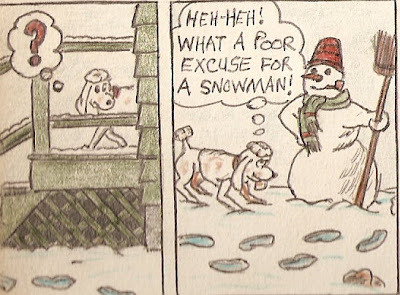 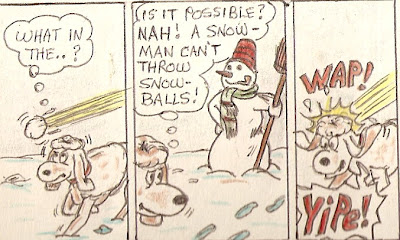 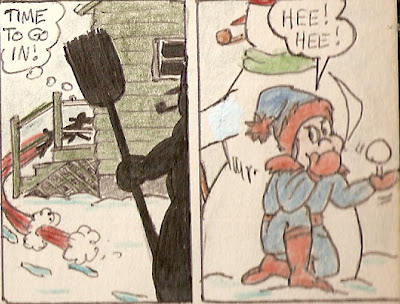 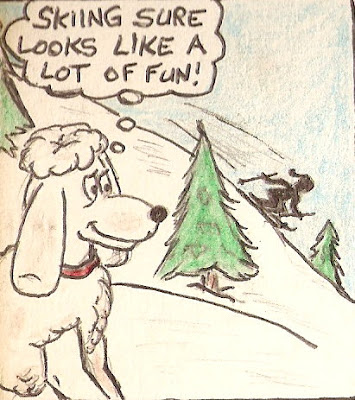 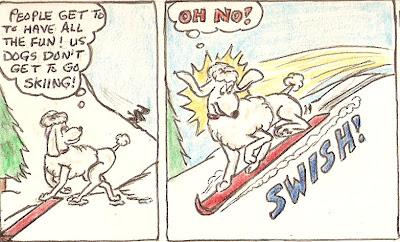 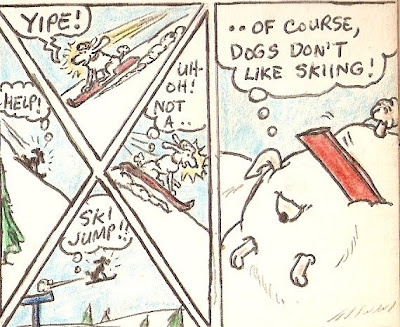 The lady shrugged and said, "Better than having to give you the money, I guess." 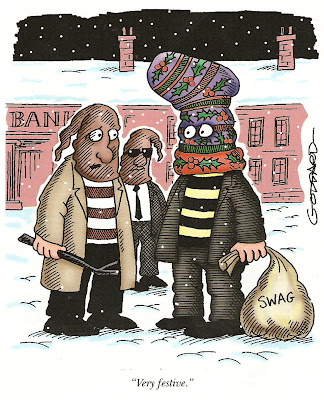 ~~~~~~~~~~~~~~~
While attending an engagement party given by his friends, the reformed player and his pals sat at the end of the bar and cast an eye over the assembled guests.

"You know," the groom-to-be declared to his best man, "I've slept with every girl here except for my sister and my fiancee."

"Just as I suspected," said the first. "Let's go after him."

(If you missed the Friday installment of the on-going short story "The Strange Story of Mr. Black and Ms Gray," you can find Part 7 Here. )

The jokes are funny too. snerx.

And a Merry Christmas to you too, my friend.

A Merry Christmas to you as well.

I'm glad you liked the jokes. Finding fresh jokes is becoming quite a task at times.

From "up over" a Merry Christmas" to you and yours "down under."