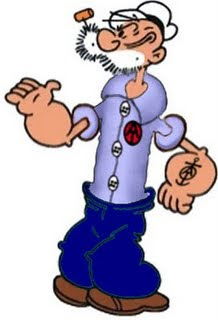 My wife dresses to kill. She also cooks the same way.

My wife and I were happy for twenty years.
Then we met.

A good wife always forgives her husband when she's wrong.

I was married by a judge. I should have asked for a jury.

I bought my wife a new car.
She called and said, "There was water in the carburetor."
I asked her , "Where's the car?"
She replied, "In the lake."

Never go to bed mad. Stay up and fight.

The secret of a happy marriage remains a secret.

After a quarrel, my wife said to me, "You know, I was a fool when I married you."
I replied, "Yes, dear, but I was in love and didn't notice."

When a man steals your wife, there is no better revenge than to let him keep her.

I haven't spoken to my wife in 18 months - I don't like to interrupt her.

When my credit card was stolen I decided not to report it since the thief was spending much less than my wife did.

Getting married is very much like going to a restaurant with friends.
You order what you want, then when you see what the other fellow has, you wish you had ordered that.

Man is incomplete until he is married. Then he is finished. 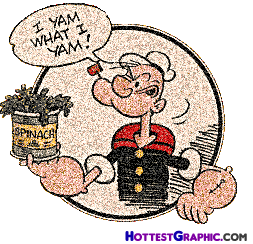 Popeye asked me, "Pappy, how much does it cost to get married?"
I replied, "I don't know son, I'm still paying."

Popeye: Is it true, Pappy, that in some parts of Africa a man doesn't know his wife until he marries her?
Pappy: That happens in every country, son.

I never knew what real happiness was until I got married; then it was too late.

The trouble with being the best man at a wedding is that you never get to prove it.

Popeye: Pappy! I've found a woman just like mother.
Pappy: So what do you want? sympathy?

Eighty percent of married men cheat in America. The rest cheat in Europe.

If you want your spouse to listen and pay strict attention to every word you say, talk in your sleep.

I married Miss Right. I just didn't know her first name was Always.

It's not true that married men live longer than single men. It only seems longer.

Losing a wife can be very hard. In my case, it was almost impossible.

Just think, if it weren't for marriage, men would go through life thinking they had no faults at all.

I think one of the greatest things about marriage is that as both husband and father,
I can say anything I want to around the house. Of course, no one pays the least bit of attention.

I once met a genie. The genie tells me I can ask for whatever I want, but my mother-in-law gets double of what I get.
Thinking for a minute I said, "Okay, give me a million dollars and beat me till I'm half dead."

Men who have pierced ears are better prepared for marriage.
They've experienced pain and bought jewelery.

How do most men define marriage?
An expensive way to get your laundry done free.

Words to live by: Do not argue with a spouse who is packing your parachute

The most effective way to remember your wife's birthday is to forget it once.

My wife told me I should be more affectionate.
So I went out and got myself two girlfriends.

I in no way share the sentiments of, subscribe to, or believe any of the words posted here.

If I did, my wife would have some choice words of her own.

You mean she doesn't? chuckle

Very funny. I bet Henny Youngman enjoyed them too.

I was wondering what your wife might think about this post. Glad you cleared that up. I must have really gotten very lucky. I'm happily married and so is hubby. We don't like to be apart. Just saying.

My wife would simply turn these around as slaps against men.

LOL. No she doesn't.