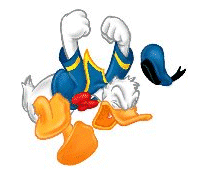 Mad-On: n. an agitated state brought on by the inconsiderate acts of others or circumstances beyond one's control; the visible display in reaction to those acts and circumstances

There's no denying it, we've all had a Mad-On at one time or another. It may be thinly veiled in the guise of a grimace, a deep sigh, or a rolling of the eyes skyward, but it's there. Sometimes a Mad-On can manifest itself as a barely controllable urge to cause bodily harm to the perpetrator responsible for one's agitation. 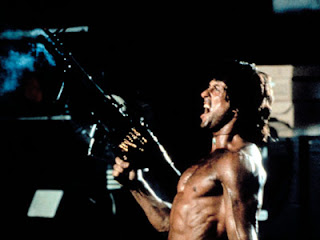 Let me guess, too late you've discovered you've picked the wrong checkout line at the supermarket for one of the following reasons:

1. The aforementioned moron has placed items on the conveyor belt which total more money than he or she has on their person, which in turn forces a floor manager to be called to the register to subtract items.

2. Another person attempts to pay for an order with an expired or canceled credit card.

3. The clerk points to the person in front of you and announces that after them the register will be closed!

You go to the bank with business that cannot be done at the ATM thus requiring assistance from a teller. There are a dozen or so people in line ahead of you and there is only ONE teller manning a window! Oh yeah, the bank's computers are down and you cannot get a printout of your transaction!

You stop at a newspaper vending machine. You insert your coins but the door didn't unlock AND your coins are not returned! You go a convenience store to pick up the newspaper but the Punjab clerk is more interested in those customers who are buying lottery tickets and playing Keno than selling you a newspaper. (Also waiting to be served is an old lady wishing to buy a loaf of bread and a half gallon of milk.)

You come out of the convenience store only to find that some asshole has double-parked next to your vehicle. Not only are you hemmed in, but the idiot parked so close you can't even open the driver's side door of your vehicle. It comes as no surprise when the owner of the car (an elderly lady) emerges from the convenience store with a fistful of lottery scratch tickets!

You are beginning to wonder why you even got of bed that morning. You need a cup of coffee! You go through the drive up lane at Dunkin' Donuts, order a small coffee with milk and sugar, pay for it and drive away. Moments later you are espousing four letters words like a truck driver - the idiot at the drive up window handed you a black coffee! 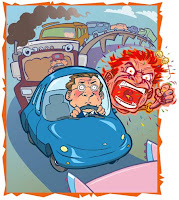 Next you realize that school is out! You are caught in backed up traffic comprised of moms driving minivans and SUVs to pick up their kids! A sea of teens has flooded the streets, crossing where they choose in spite of the crossing guard at the crosswalk not 10 yards away. One pimply-faced kid, who apparently thinks he's going to be a rock star someday, decides to demonstrate his drumming skills on the hood of your vehicle.

You're waiting at the pump for the attendant at the gas station only to see him reset the price by an increase of 3 cents per gallon before waiting on you!

By now you've really got a Mad-On! You are beginning to relate to Michael Douglas' character in the film Falling Down!

Admit it. You've had things like this happen to you. You've had a Mad-On over these kinds of things and things not mentioned here.

Yes, I had a serious Mad-On yesterday. Why? Because every single one of those things above happened to me today. Now that I'm home, I can only hope I can achieve a Cool-Off!

Yep, I've had days like this. They are indeed not fun at all. I can talk just like a sailor too. Boy can I.

Have a terrific day now that you're home. :)

Been there way too many ti days and counting down!mes as well.A lot of times it was caused by a co-worker in some of the different jobs that i have held in the 57 years that I have been on this Earth,soon to be 58 years,

Yep, we all have days like this! I was just wiped out by the sheer number of them in one day.

Thankfully, I don't deal with a lot of co-workers. But people in general are the usual culprits!