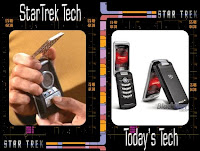 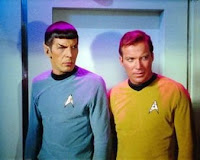 In 1966, the original Star Trek debuted.

When Captain Kirk first flipped open his communicator to contact the Enterprise I remembered musing, 'Wow. Wouldn't it be neat to be able to talk to someone with a wireless hand-held device like that?'

Fast forward to today and it's not such a marvelous thing! Practically everyone walks around with a cell phone these days.

Ahmadinejad says, "My son likes to watch your American television. He especially likes something called Star Trek. I have watched this myself and noticed that the crew is multi-racial; there is a black lady, a Russian, a Scotsman and an Asian, but there are no Muslims, why is this?
The president smiles and says "That's easy .... Star Trek is set in the future!"
Fantasy
A man browses around a bookstore for half an hour or more before going up to a clerk.
"Excuse me," he says. "I'm looking for a book called 'The Perfect Marriage.'"
Says the clerk, "Have you looked in the Science Fiction section?"

Star Wars Lines That Sound Dirty
* "Get in there you big furry oaf, I don't care what you smell!"
* "Luke, at that speed do you think you'll be able to pull out in time?"
* "Put that thing away before you get us all killed."
* "You've got something jammed in here real good." 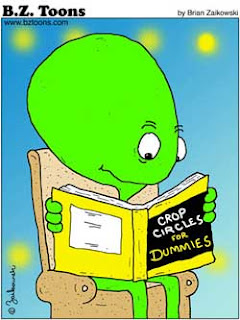 
Sci-Fi Geek Pick-up Lines
"Someone must have shot you with a phaser set on 'stunning.'"
- "I can't help it -- my eyes are trapped in the gravitational field of your breasts!!"
- "Nice Asimov."
- "Not only can I beam you aboard, I can beam you a woody."
- "Earth woman, prepare to be probed!"
- "I'm the droid you're looking for."
- "Is that a spare Vulcan ear in your pocket or... well, I'm just asking because some jerk in the parking lot pulled off one of my Vulcan ears."
- "Hey, baby. I own Microsoft."
- "Your mouth says, 'Shields up!', but your eyes say, 'A hull breach is imminent.'"
№  1999
Curmudgeon responsible for this post: Hale McKay at 6:18 PM

You're so bad, funny but bad. Bwahahahahaha.

So is funny bad? Or is bad funny?