Booty From Down Under

Summer Rendezvous
As I lay on my bed thinking about you, I feel this strong urge to grab you and squeeze you, because I can't forget last night.
You came to me unexpectedly during the balmy and calm night, and what happened in my bed still leaves a tingling sensation in me.
You appeared from nowhere and shamelessly, without any reservations, you lay on my naked body. You sensed my indifference, so you applied your hungry mouth to me without any guilt or humiliation, and you drove me near crazy while you drained me.
Finally I went to sleep.
Today when I woke up you were gone. I searched for you but to no avail. Only the sheets bore witness to last night's events.
My body still bears faint marks of your enthusiastic ravishings, making it harder to forget you.
Tonight I will remain awake waiting for you.... You f**king mosquito. 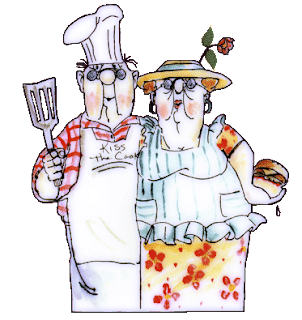 I thought about the 30 year business I ran with 1800 employees, all without a Blackberry that played music, took videos, pictures and communicated with Facebook and Twitter.
I signed up under duress for Twitter and Facebook, so my seven kids, their spouses, 13 grandkids and 2 great grand kids could communicate with me in the modern way.
I figured I could handle something as simple as Twitter with only 140 characters of space.
That was before one of my grand kids hooked me up for Tweeter, Tweetree, Twhirl, Twitterfon, Tweetie and Twittererific Tweetdeck, Twitpix and something that sends every message to my cell phone and every other program within the texting world.
My phone was beeping every three minutes with the details of everything except the bowel movements of the entire next generation.
I am not ready to live like this.
I keep my cell phone in the garage in my golf bag.
The kids bought me a GPS for my last birthday because they say I get lost every now and then going over to the grocery store or library.
I keep that in a box under my tool bench with the Blue tooth [it's red] phone I am supposed to use when I drive. I wore it once and was standing in line at Barnes and Noble talking to my wife as everyone in the nearest 50 yards was glaring at me. Seems I have to take my hearing aid out to use it, and I got a little loud.
I mean the GPS looked pretty smart on my dash board, but the lady inside was the most annoying, rudest person I had run into in a long time.
Every 10 minutes, she would sarcastically say, "Re-calc-ul-ating". You would think that she could be nicer.
It was like she could barely tolerate me. She would let go with a deep sigh and then tell me to make a U-turn at the next light. Then when I would make a right turn instead, it was not good.
When I get really lost now, I call my wife and tell her the name of the cross streets and while she is starting to develop the same tone as Gypsy, the GPS lady, at least she loves me.
To be perfectly frank, I am still trying to learn how to use the cordless phones in our house. We have had them for 4 years, but I still haven't figured out how I can lose three phones all at once and have run around digging under chair cushions and checking bathrooms and the dirty laundry baskets when the phone rings.
The world is just getting too complex for me. They even mess me up every time I go to the grocery store.
You would think they could settle on something themselves but this sudden "Paper or Plastic?" every time I check out just knocks me for a loop. I bought some of those cloth reusable bags to avoid looking confused, but I never remember to take them in with me.
Now I toss it back to them. When they ask me, "Paper or Plastic?"
I just say, "Doesn't matter to me. I am bi-sacksual." Then it's their turn to stare at me with a blank look.
I was recently asked if I tweet. I answered, No, but I do toot a lot."
PS: I know some of you are not over 50; I posted it to you to allow you to forward it to those who are.
_ Thanks, Cathy 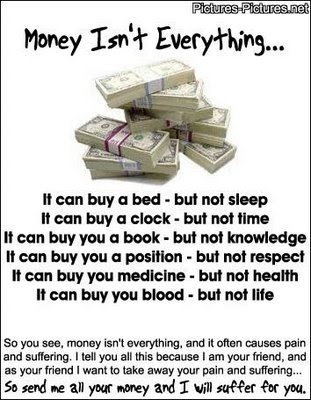 You had me going...fricking mosquitoes! Bwhahahaha!

It had me going also when I first read this one.