Happy Thanksgiving to any readers who happen to stumble upon this site on the holiday.

To better enjoy your feast, I offer this piece of advice:

Pay more attention to the turkey your eating than those turkeys gathered around the table with you.

Per tradition, the White House turkey is pardoned. 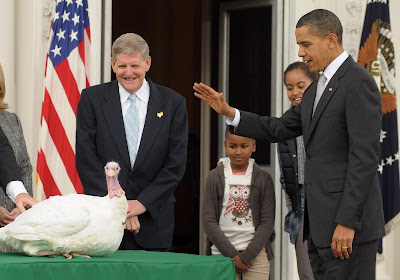 She replied, "A can of peaches."

The judge then said, "I will then give you 6 days in jail."

Before the judge could actually pronounce the punishment, the woman's husband spoke up and asked the judge if he could say something.

The husband said, "She also stole a can of peas."

It looked warm and dark, and juicy and inviting.

I wasn't sure just what I wanted to do with it.

I carefully pulled it apart with my fingers to look into it better.

I knew how great it would be if I just started eating it.

But first, I decided to put ketchup on my burger.

...And you were thinking what?

Capitalization:
In this world of hi-tech, I have noticed that many who send text messages and email have forgotten the "art" of capitalization.

Those of you who fall into this world, please take note of the statement below. I cannot stress enough that grammar is important:

The economy is so bad that I got a pre-declined credit card in the mail.

I ordered a burger at Burger King, and the kid behind the counter asked, "Can you afford fries with that?"

If the bank returns your check marked "Insufficient Funds," you have to call them and ask if they mean you or them .

Hot Wheels and Matchbox stocks are trading higher than GM.

Burger King is selling the 1/4 'ouncer'.

Parents in Beverly Hills and Malibu are firing their nannies and learning their children's names.

A truckload of Americans was caught sneaking into Mexico .

The Mafia is laying off judges.

I was so depressed last night thinking about the economy, wars, jobs, my savings, Social Security, retirement funds, and our bleak future, that I called the Suicide Lifeline and was connected to a call center in Pakistan .
When I told them I was suicidal, they got all excited, and asked if I could drive a truck. 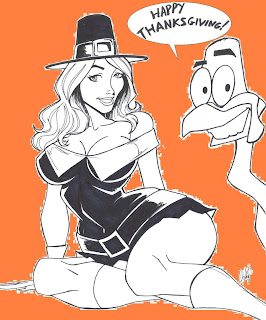 A very prestigious cardiologist died, and was given a very elaborate funeral by the hospital he worked for most of his life... A huge heart... covered in flowers stood behind the casket during the service as all the doctors from the hospital sat in awe. Following the eulogy, the heart opened, and the casket rolled inside. The heart then closed, sealing the doctor in the beautiful heart forever.

At that point, one of the mourners just -burst- into laughter. When all
eyes stared at him.

He said, "I am so sorry, I was just thinking of my
own funeral... I'm a gynecologist."

A Thanksgiving feast of turkey and all the trimmings ...

It doesn't get any better!

Especially: If the bank returns your check marked "Insufficient Funds," you have to call them and ask if they mean you or them .


And, capitalisation is the difference between helping your Uncle Jack off a horse... oh, indeed, classic.

You are a silly man. When I have time later I'll come back and steal a couple of these.

Have a terrific Thanksgiving. :)

I just had enough time to steal two of these. I gave you credit as always.

Have a terrific evening. :)

There was no way that I would NOT use that one!

As usual, steal away.

True to your word - and so soon.