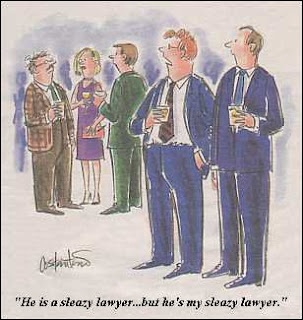 Charitable Barrister
The Salvation Army realized that it had never received a donation from the city’s most successful lawyer. So a Salvation Army volunteer made an appointment to see the lawyer in his lavish office.

The volunteer opened the meeting by saying, “Our research shows that even though your annual income is over two million dollars, you don’t give a cent to charity. Wouldn’t you like to give something back to your community through the Salvation Army?”

The lawyer thought for a moment and said, “First, did your research also show you that my mother is dying after a long, painful illness and has huge medical bills that are far beyond her ability to pay?”

Embarrassed, the Salvation Army volunteer mumbled, “Uh… no, I didn’t know that.”

“Secondly,” says the lawyer, “did it show that my brother, a disabled Veteran, is blind, confined to a wheelchair and is unable to support his wife and six children?”

The stricken volunteer began to stammer an apology, but was cut off again.

“Thirdly, “the lawyer said, “did your research also show you that my sister’s husband died in a dreadful car accident, leaving her penniless with a mortgage and the burden of supporting three children, one of whom is disabled and another who has learning disabilities requiring an array of private tutors?”

Completely beaten, the humiliated Salvation Army volunteer said, “I’m so sorry. I had no idea.”

And then the lawyer said, “So, if I don’t give any money to them, what makes you think I’d to give any to you?”

My lawyer is very generous; he makes large donations to every possible charity. And to prove that he doesn't do it for the glory, he makes the gifts anonymously--he won't even sign the checks! 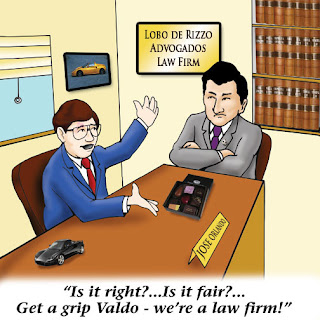 You Won't Go To Jail

A man who had been caught embezzling millions from his employer went to a lawyer seeking defense. He didn’t want to go to jail.

But his lawyer told him, "Don’t worry. You’ll never have to go to jail with all that money.”

And the lawyer was right. When the man was sent to prison, he didn’t have a dime.

Hear about the terrorist that hijacked a 747 full of lawyers? He threatened to release one every hour if his demands weren't met.


The Genie's Dilemma
While strolling on a beach one day Kevin comes across an old lamp. He rubs the lamp and a Genie appears and says that he will grant him a wish.

Kevin pulls out a map of the world and points to the Middle East. "I want there to be eternal peace there," he declares.

"That's a rather tall order," the Genie says. "And to be honest, I'm not all that experienced yet in granting wishes of that magnitude. Is there something else I can do for you instead?"

Kevin ponders this for a while. "I guess I'll settle for the name of an honest lawyer."

The Genie rolls his eyes. "Let me see that map again."

Merry Christmas in Legal Terms
Please accept without obligation, express or implied, these best wishes for an environmentally safe, socially responsible, low stress, non addictive, and gender neutral celebration of the winter solstice holiday as practiced within the most enjoyable traditions of the religious persuasion of your choice (but with respect for the religious or secular persuasions and/or traditions of others, or for their choice not to practice religious or secular traditions at all) and further for a fiscally successful, personally fulfilling, and medically uncomplicated onset of the generally accepted calendar year (including, but not limited to, the Christian calendar, but not without due respect for the calendars of choice of other cultures). The preceding wishes are extended without regard to the race, creed, colour, age, physical ability, religious faith, choice of computer platform, or sexual preference of the wishee(s).

The Truck Driver, Priest, and Lawyer


A truck driver used to amuse himself by running over lawyers he saw walking down the side of the road. Every time he saw a lawyer walking along the road, he swerved to hit him and there would be a loud "THUMP". Then he would swerve back on the road.

One day, as the truck driver was driving along the road he saw a priest hitchhiking. He thought he would do a good deed and pulled the truck over.

"Where are you going, Father?" The truck driver asked.

"I'm going to the church 5 miles down the road," replied the priest.

Instinctively he swerved to hit him. At the last moment he remembered there was a priest in the truck with him, so he swerved back to the road and narrowly missed the lawyer.

Certain he should've missed the lawyer, the truck driver was very surprised and immediately uneasy when he heard a loud "THUMP".

He felt really guilty about his actions and so turned to the priest and said, "I'm really sorry Father. I almost hit that lawyer."

"That's okay," replied the priest. "I got him with the door."

Yep they are at time necessary evils. Most have to climb out from under a rock each morning. I dealt with them for years and years. Some good, some horrible.

Yes. Lawyers are also like fires in a forest - destructive, but necessary.