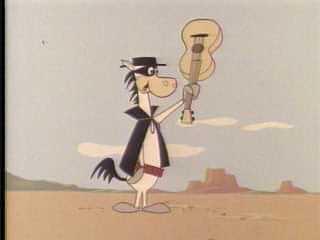 The preview may have promised a narrative about painting for day two, but said painting was postponed until tomorrow. So I lied, sue me! There was some activity involving paint, buying it! One can't very well paint if one hasn't purchased it yet, can one? Led to believe to that someone else was going to take care of getting the paint, I had only to worry about some preparations. I held up my end of the bargain on Monday as detailed in Parts I & II.

It looks like that defender of the Old West, El Ka-Bong, should be called in to help. Trust me, as it turned out, I needed him.

As it was, the day started off skewed anyway. Normally up at the crack of 9AM, I didn't wake up this morning until 10:30. Mumbling and stumbling in my pre-coffee near catatonic state, my wife handed me the paint sampler and said something that sounded vaguely like, "I forgot the paint. You'll have to go and get it. I won't have time today." (Ka-bong!) Ouch! That's gotta smart!

By 11AM, I was mumbling and stumbling in my post-coffee lethargic condition. It would take a second cup of Joe before I would achieve the virile prowess of a man half my age. ( Ka-bong! ) Ouch! I can dream can't I? By the time I was ready to leave the house, the dreaded "verbal" Honey-Do list, committed to a hand-written note, had grown to include a trip to City Hall.

indow of the Department of Revenue, I announced that I wished to pay my water bill. However, I was informed that I would have to come back in an hour. ( Ka-bong! ) Apparently they were short-handed and everyone was on lunch break. A glance at the occupied desks behind the counter confirmed it was true. All four of the ladies were busy indulging their plastic take-out containers of salads. Far be it for me to interrupt a city employee's lunch. (I had the image of the girl at the left eating her salad.)

With an hour to kill, I drove to the hardware store on the other side of town, thinking I might as well pick up the paint. Ever have one of those days? When I got to the hardware store, the only employee who knew how to mix paint, was, you guessed it, out to lunch! ( Ka-bong! ) They say "when in Rome, do as the Romans." So I decided that if everyone was having lunch, there must be something to that practice. Even if it was lunch, I found someone was working at Wendy's. I placed my order to go, paid the clerk and stood back while my food was being prepared. I did say to go, didn't I? ( Ka-bong! ) As the girl dutifully transferred the food from the tray to a bag, I wondered if it was me. As I was leaving, I swear that girl at the counter was making the same faces as the woman at City Hall!

Back at City Hall, their lunch hour behind them, I knew they would be nourished enough not to find an excuse for helping me. (By the way, do you know what's yellow and sleeps four comfortably? Why a City DPW truck, of course!) One of the women, her hair tinted blue giving the effect of shadows on fresh snow, came up to assist me. She very skillfully took my check and time-stamped my receipt before placing the bill and my check into separate boxes on the counter. Without missing a beat, she deftly placed the bill into the one labeled "Paid Bills" and the check into one marked "Payments." In mere minutes she was back at her desk, resuming the afghan she had been crocheting.

I left there with a new-found appreciation for city office workers. The trip to the hardware store went as one would expect. "I need a gallon of 'linen white,' semi-gloss paint," I said to the man who greeted me at the door. While he was mixing the paint, I grabbed a small container of spackle, a couple of paint rollers and a one-inch trim brush. Back at the front counter with what I had harvested from the shelves, he was waiting with the paint. I paid the man and left the store with him carrying the paint for me. I drove away wondering how much more efficient that hardware store could be if it were manned by city workers.

By the time I arrived back at the house, it was 3:15 in the afternoon. There you go! There would be no painting on day two. One thing was certain though, there will be no foreseeable reason that the painting won't get underway tomorrow. It had better, lest someone think that the bathroom is being done by a city worker!

Tomorrow an epic story will be coming your way, in a tale that can only be called "Honey-Doings: Part IV."

Curmudgeon responsible for this post: Hale McKay at 7:35 PM