What the World Needs Now... 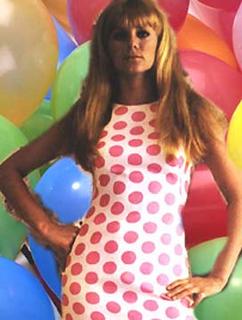 There has been a trend in some of the blogs I have been reading to use song titles and lyrics. I myself have been guilty of the same thing. Strike guilty. I too have incorporated them into some of my postings. I look at this practice as a good thing. The songs evoke memories, waxing us nostalgic. Where was I and what was I doing when I first heard that song? To those of us who are pigeon-holed into the baby-boomer bracket, the songs we hold dear were first heard in the late fifties and through the sixties.

It's the only thing there's just too little of;
What the world needs now is love, sweet love,
No not just for some, but for everyone.

I remember well this photo of Jackie DeShannon. Every time I hear this song, I visualize this photograph. I was at that young impressionable age when I had just reached ... I mean ... Oh yes, my voice was changing. Ahem. The next photo that I can remember that ..."interested" me was the famous Farah Fawcett poster.

Lord, we don't need another mountain,
There are mountains and hillsides enough to climb,
There are oceans and rivers enough to cross
Enough to last till the end of time.
(Chorus)

But my passage through puberty and hormonal reactions to photos such as those, is not the intended purpose of this posting. I'm sure I could think of a song that would remind me of the "daring" peeks in the school library at National Geographic. ( Meanwhile, back in the jungle...) Those rare treats of finding my uncle's Playboy stash can be recalled when I hear My Baby Was a Centerfold, or It's Too Late To Love Sharon Tate.

Lord, we don't need another meadow,
There are corn fields and wheat fields enough to grow,
There are sunbeams and moonbeams enough to shine.
O listen, Lord, if you want to know.

It is the state of the world that we live in, it is the news that fills our senses, it is the senseless hatred that permeates the fiber of our lives; it is for those reasons that I am posting today. I was reading blogs when Jackie's song was playing on the radio near me. I could ramble on and on about the state of the world, but it would be redundant, wouldn't it? Reading, knowing and seeing the terrible news are not unique to just me. Does everyone really ever listen to the words of songs - like this one?

No.269
Curmudgeon responsible for this post: Hale McKay at 12:15 AM

Yeah, Hale. We listen. Hell, we know the words to most of those songs by heart .

The influence of 50s and 60s music on the hero was a prominent theme in my novel CHERISH IS THE WORD. In fact, the title song became the story's climax. 'Course, the story was true and the hero was me.

Maybe someday it'll get published and all of us kindred sprit music fans can read it and relate. To the songs, at least.

I too confess to being strongly influenced by songs and lyrics, and it seems that nearly every event in my life has a corresponding song. For instance, the first time my dad gave me a solo drive around the local high school parking lot in the old Ford LTD, Bob Dylan was singing "How does it feel?"...I could go on and list many other instances, but there just isn't enough room here. Maybe I should post a similar blog? Like a rolling stone, I guess I'll roll on and leave it at that.
Blue

Meow Meow Meow Cat Blog Meow Meow
There was a very nice Times article about the proliferation of cat blogs and why the feline kind are more 'Netted than pups.
good post... thanks.