I Can't Believe It's Not Better 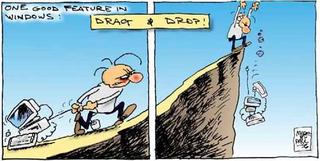 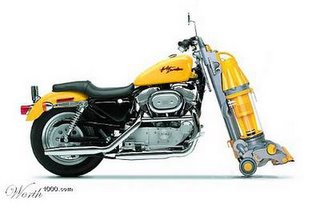 Pretty soon, other industries could take the idea and run with it. Maybe Yamaha or Honda would turn the world of bikers upside down. This product would appeal to both men and women. "Honey, vacuum the rugs before you play Easy Rider." Get your motor runnin' ... Head out in the hallway! 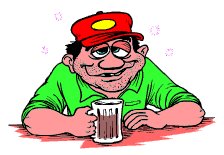 The possibilities for this concept are boundless. Those lite beer commercials could make a bundle for the bottlers. Imagine men getting wasted on one of the new unique alcohol-free beers: I Can't Believe It's Not Beer !

A few other possibilities:

No.473
Curmudgeon responsible for this post: Hale McKay at 12:55 AM

That was hilarious. And I want one of those Harley Hoovers or whatever that was. I really do.

"head out in the hallway" I'll be singing that all day.

This is possibly the funniest thing I've read in a month!!

Thanks for the laughs, and have a Merry Christmas!

I can't believe anything right now. I'm all confused.