Three Of A Kind 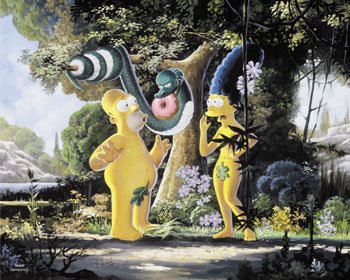 The local oldies station in the Boston area, WODS (103.3 FM) has a feature game every day between 10 and 10:15 AM. The DJ plays three songs back to back to back. The listeners are invited to call in and guess what the three songs have in common. They award a prize like tickets and gift certificates usually worth $25 to $50.
....The songs could be by the same artist, contain similar themes or lines, etc. Here are the three songs they offered up today:
1) Me and Bobby McGee
2) Sittin' On The Dock of The Bay
3) Time In a Bottle
It took an hour before one listener called in with the correct answer. (I didn't get the answer, though I should have.) Can you come up with an answer?

Here is one they had last week: (This one is a toughie)
1) Here Comes The Sun
2) Something
3) Do You Want To Know A Secret?
While these are all songs recorded by The Beatles, it is not the answer the DJ was looking for. (I didn't get this one either.)

Here is an easier one:
1) Strawberry Wine
2) This Will Be (An Everlasting Love)
3) You Light Up My Life
(I got this one.)

The Station also allows listeners to make up their own "Three Of A Kind" and submit them either by fax or e-mail. If any of those submitted are accepted and used on the air, the submitter also wins the prize. The next one is one that was used that I sent in. My prize was $50 gift certificate to Home Depot.
1) Windy
2) Charlie Brown
3) Judy In Disguise (With Glasses)
The DJ rated this as a hard one, but a caller had the correct answer in 10 minutes.

The answers to all four of the games appear below.

What do you call all the information we bloggers put in our side bars? Marginalia, of course.

Three Of A Kind answers:
Me and Bobby Mcgee (Janis Joplin); Sittin' On The Dock of the Bay (Otis Redding); and Time In a Bottle (Jim Croce) - - All three of these songs became posthumous number 1 hits for the artists.

Strawberry Wine (Nancy Sinatra); This Will Be (An Everlasting Love) (Natalie Cole); and You Light Up My Life (Debby Boone) - - were recorded by artists who were all the daughters of famous male singers.

Windy (The Association); Charlie Brown (The Coasters); and Judy In Disguise (With Glasses) (John Fred and His Playboy Band) - - the common theme is kite flying. You need wind; Charlie Brown is known for his problems trying to fly a kite; and from the last song there are the lyrics "I'm gonna take up the strings of my kite.."

No.513
Curmudgeon responsible for this post: Hale McKay at 12:23 AM

They were pretty interesting. I listen to ODS sometimes, but not usually at that time. Now that I've seen some of the answers, I could probably better guess at some future questions.

The one you submitted to ODS really was difficult, and I'm surprised someone made that connection.

Here's one for you:

The next one has a very similar pattern:

And just in case you didn't get either, here's a real give-away in the same scheme:

Oh my, String. Nothing yet. Gotta think on those. All similar pattern too? Hmmm....

Okay, here's a hint: I'm putting together a band. I'm going to start with Sting on Bass, Don Henley on Drums, and Billy Joel on Piano.

The answer must be so obvious I am not seeing it - my nose is in the way?
...Feeling very humbled and about ready to throw out the red flag!