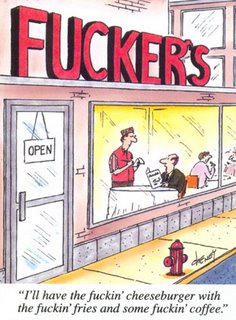 They are on the endangered list. I fear that someday soon they will join drive-in theaters as nostalgic memories. They will appear on a list on someone's blog titled "Do you Remember?"

I once thought I would never get over the disappearance of drive-in restaurants. I can still visualize the car hops on roller skates carrying those huge trays laden with those fried delights, the lights glistening on the grease. Anticipation was not waiting for ketchup to Carly Simon lyrics, but for your share of the booty to be passed to you. With colorful names like Chat n' Chew and Toot n' Tellem, they were the original fast food eateries.

Alas, they are gone, just a part of the lore that was the fabulous fifties. It never occurred to me then that the drive-in movie would also succumb to the changing times. I should have seen it coming that even the hallowed Saturday matinees would be wrested from our lives.

Perhaps because of the unrest of the late sixties, maybe because I had lost my youth, or that I had forgotten just how good we had it, I passed into manhood without ceremony. I scarcely noticed the changes as they were happening. They say you never know what you had until it's gone.

Now, in the so-called new millenium, there is another assault on those things that are right with the world. Locally the diner, that last bastion of greasy sit-downs, is going the way of T-Rex. There is no comet of mass extinction this time. No, the threat is more ominous, insidious. Creature comforts are being absconded, not by acts of God, but by those we'd call friend or neighbor. Well meaning, albeit self-serving guardians and purveyors of our good health have championed their cause du jour with an unwanted fervor.

When I sit down at the counter, spin a couple of times on those cool stools, and wait for the waitress with th

e grease-stained apron to approach, visions of sausage and bacon dance in my head. I am a poster child for Pavlov's dog, my sleeve the nearest napkin, and I am drooling. The gum cracking in the back of her mouth is my signal to exercise my stomach's right to receive homage to my taste buds. Like the lyrics to one of my favorite songs, the epicure in me warbles out the sweet gastronomical order. "Three eggs over easy, and don't drain the grease. Three sausage links. Bacon, wet and crispy. Six pancakes, buttered no oleo, and smothered in hot maple syrup. Toast, buttered both sides. A small glass of grape juice and a cup of coffee on the blonde side, milk no cream."

She repeats my order aloud, not so much for my benefit, but for the ear of obese cook sweating over the grill behind the opening into the kitchen. "Three islands on the ocean. All the little piggies crying. Six dollars shiny gold, pour it on. Paint some rafts. He's a Welcher and gimme some mud, don't shake the cow."

You look confused. I take it you never frequented a diner of old. You never learned to speak grillese? It makes perfect sense to me. Of course the diners of today, what are left of them, seem to have forsaken the grillese. The diners I remember had a colorful languag

e of their own. Each establishment and its staff seemed to have developed a dialect unique to themselves.

If you remember the old TV show, Alice, you have a good idea what of what the diners of the fifties and sixties were like. Mel Sharples was representative of a diner cook-owner. It seemed like every one of these places had a ditzy Vera and a level headed Alice. If you were lucky, yes lucky, you could find a Flo Castleberry in some of these roadside greasy spoons. I don't know if there are any to be found like the ones of the good old days, but I would drive 50 miles out of my way to eat there.

I respect and salute those of you choose to avoid fatty and greasy foods. There certainly are people with health concerns who must watch what they eat. But I am not one of them! Nobody is holding a gun to anyone's head to force them to eat eggs with the grease puddling in their plates. (Yummy) Just don't force me to deny my palate. If it isn't bad enough that that key ingredient lard is seldom used, you've also denied me the pleasure of lighting up after I have downed my breakfast manna.

You don't want to eat in one of these diners? Keep your foot on the accelerator, there's a McDonalds down the highway a piece. You don't want to eat where they allow customers to smoke? Put the pedal to the metal. I'll be sure to wave to you as zip on down the highway. I'll frame your SUV in a perfectly formed smoke ring as you shrink from sight. I'll slip a quarter into the little juke box at my booth and play On The Road Again just for you. Then I think ...Should I? Yes! I'll have a real milkshake.

Note: I don't eat a breakfast like this very often anymore. However, when I get a craving for such a breakfast, it sure would be nice to hop into my truck and giddyap on over to one of the diners that I miss and remember so well.

No.515
Curmudgeon responsible for this post: Hale McKay at 12:02 AM

Yep, I know exactly what you mean! The diners around here seem to be succumbing to Bob Evans and Cracker Barrel.

My hubby's from NJ, and from 1989 through 2001 when his mom died, we made many trips there. They still believe in diners there. They look somewhat like a train car, right down to the shiny silver aluminum on the outside. The food is always delicious, and the pastries are to die for! It'd be worth a trip to Atlantic City just to eat at a diner there again.

When my wife and I went to California/Arizona in the 1980s we purposely took backroads so we could find the Mom & Pop diners, which always had the best food.

I love diners, and diner-speak. :) I grew up in a teeny tiny town with a teeny tiny eating establishment bearing the grand name of "The Café"...man, I miss that place.
Greasy burgers on greasy toasted buns...perfectly fried eggs with home-grated hashbrowns...

Mmmmm....grease!
I love a good ole greasy cheeseburger, they just don't make 'em like that anymore. You know the ones at the drive-in? They put it in a white sack but by the time you got it the sack was clear. We still have Sonic drive-in here in Oklahoma, but even they have cut back on the grease dammit! Oh, there is one little burger place called Arnolds in Tulsa still making delicious grease bomb burgers and wonderful shakes.

We had a few Cafes, that would have been much like your diners when I was only young, the closest after they all dissappeared were the truckstop roadhouses.
Even these have all but gone now, there are huge restuaants attached to gigantic Service Stations now, at least the food is good at the ones with a LOT of trucks.