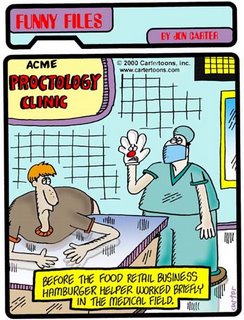 Love them or hate them, advertising Icons have been around for a long time. It's hard to imagine life without them. A phenomenon that has become an integral part of our culture, many of the advertising icons have become known worldwide. From Sharpie the parrot hawking razor blades on the Friday Night Fights of the 50s, to the Geico Gecko and the Aflac duck on the airwaves of today, Icons create name recognition.

How many times have you ever wanted to squeeze Mr. Whipple's head? We may have been annoyed at that man peering over his glasses as he admonished the customer's who ignored his pleas to "Please, don't squeeze the Charmin." Mr. Whipple might be gone, but who doesn't remember and recognize the Charmin name when we shop for toilet paper.

I wonder what some of these Icons did for a living before they became so famous for pitching their products. When their sales pitching days are over, what will they then do?

The Crash Test Dummies got sick and tired of being mangled in head-on collisions and formed a rock band. Hamburger Helper can always return to work as an assistant to Dr. Proctor. Mr. Whipple went into plastic surgery, specializing in breast enhancement procedures, and ironically he now advocates squeezing. As for Colonel Sanders the founder of KFC, he is still serving time in prison since they discovered just what his secret ingredients of herbs and spices actually were. A favorite of the other convicts there, he has discovered that 'finger lickin' good' takes on a whole new meaning behind bars. The Taco Bell Chihuahua met an untimely death after eating one of the chelupas he was famous for pitching. Ronald McDonald is not only the symbol of the burger chain, but he also moonlights as the President of the U.S. It is rumored that the Burger King King is pursuing a career in the NFL.

According to this site, the following is a list of the top 10 advertising Icons of all time. (By clicking on each link, you wi

ll get a brief history of the Icons.)

It's been an awful long time since Borden's Elmer and Elsie have made a public appearance. You don't suppose McDonald's should be questioned in this matter? When there have been power outages, has Reddy Kilowatt been held accountable?

Well, it's late and Icon not think of any other Icons to write about at the moment. Maybe you con think of some?

No.604
Curmudgeon responsible for this post: Hale McKay at 1:30 AM

That Burger King dude just freaks me out. I haven't eaten there since I saw the commercial where he's peeping into the sleeping guy's bedroom window at the crack of dawn with that creepy ass smile on his face.

Am I the only one here old enough to remember the RCA dog? Or Buster Brown? I loved Buster Brown.

A lot of these never reached us here in Oz Mike, I don't know whether to be pleased or sad about that !!!

and I remember too many of these~~ yikes~~ I'm old.