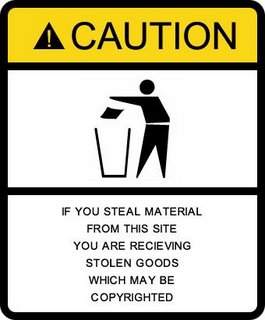 We have been influenced through our lives by the adages and proverbs of those who came before us. These were handed down to us by many wise men and women.
....I once thought they were good ideals for us to practice. That is until I became aware that there are some conflicting sayings. ....You and I know them, but we obviously never paired them up with other saws.

We are all familiar with "Beware of Greeks bearing gifts." It is a reference to the story of the Trojan Horse and the Greek soldiers hiding in it. Consider an adage that seems to be the antithesis of it: "Don't look a gift horse in the mouth."
....Think I'm being picayune? You surely didn't think I'd only bring this to the table with only one example. How about this one? "The more, the merrier," which is contradicted by "Two's company, three's a crowd."
....Here's a well known one: "The bigger, the better." Is this true? Or maybe "The best things come in small packages."
....Remember this one? "Nothing ventured, nothing gained." Maybe it's not so: "Better safe than sorry."
....I'll bet you too believe that "The pen is mightier than the sword." Then again, "Actions speak louder than words."
....Are you always on time? "The early bird gets the worm." Or do you like to sleep in? "Better late than never."
...."Absence makes the heart grow fonder." I'm sure we've all been separated from a loved one at one time or another, but there are times that this applies too: "Out of sight, out of mind."

For your contemplation, here are a few more:

Knowledge is power. ~ Ignorance is bliss.
Look before you leap. ~ He who hesitates is lost.
A silent man is a wise one. ~ A man without words is a man without thoughts.
Clothes make the man. ~ Don't judge a book by its cover.
Money talks. ~ Talk is cheap.
The only thing constant is change. ~ The more things change, the more they stay the same.
Two heads are better than one. ~ If you want something done right, do it yourself.
Many hands make light work. ~ Too many cooks spoil the broth.
What will be, will be. ~ Life is what you make it.
Cross your bridges when you come to them. ~ Forewarned is forearmed.
What's good for the goose is good for the gander. ~ One man's meat is another man's poison.
With age comes wisdom. ~ Out of the mouths of babes and sucklings come all wise sayings.

Parting is such sweet sorrow. ~ Time to end this post.

Curmudgeon responsible for this post: Hale McKay at 12:33 AM

Hi Mike: I loved your pun on Hoss's blog.
Racking my brains for two apt adages and can't think of any others. Monday morning stupor!

Silver threads among the gold,~ All that glistens isn't gold.
And so it goes, as Hoss would say.

This is clever! It just goes to show, there's a proverb for any point you might want to make.

I promise not to steal any of these, only to "borrow" a few. I'll put them back.

As for the conflicting Proverbs... it is all about CONTEXT. Taken out of context, everything makes sense to SOMEONE. Well... except for what I have just said here! ~ jb///

LZ Blogger, taken IN context, everything makes sense to someone. :)


Mikey, I think he's more blissful than Hoss says YOU are. :)