Laughs and Some Golf 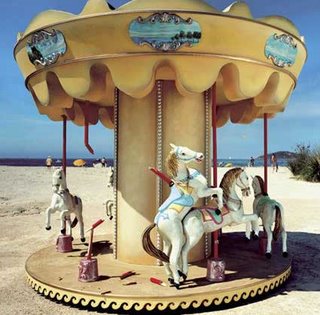 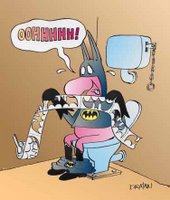 It never failed, every time Batman saw a bat symbol, there was another emergency.

An elderly couple was on a cruise and it was really stormy. They were standing on the back of the boat watching the moon, when a wave came up and washed the old woman overboard. They searched for days and couldn't find her. So the captain sent the old man home with the promise that he would notify him as soon as they found something.

Three weeks went by and finally the old man got a fax from the ship. It read: "Sir, sorry to inform you, we found your wife had died in the ocean. We hauled her up to the deck, and found an oyster attached to her butt. Inside it was a pearl worth $50,000. Please advise?" The old man faxed back: Send me the pearl and re-bait the trap! 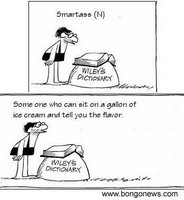 Grandpa the Nudist
A man was walking down the street when he noticed his grandpa sitting on the porch, in the rocking chair, with nothing on from the waist down. "Grandpa, what are you doing?" he exclaimed. The old man looked off in the distance and did not answer him. "Grandpa, what are you doing sitting out here with nothing on below the waist?" he asked again. The old man slyly looked at him and said, "Well, last week I sat out here with no shirt on, and I got a stiff n

eck. This was your Grandma's idea!"

1. Each player should furnish his own equipment for play - normally one club and two balls.

2. Play on the course should be approved by the owner of the hole.

3. Unlike outdoor golf, the object is to get the club in the hole and keep the balls out.

4. For most effective play, the club should have a firm shaft. Course owners are permitted to check the shaft stiffness before play.

5. Course owners reserve the right to restrict club length to avoid damage to the hole

6. The object of the game is to take as many strokes as necessary until the course owner is satisfied that play is complete. Failure to do so may result in being denied permission to play the course again.

7. It is considered bad form to begin playing the hole immediately upon arrival at the course. The experienced player will normally take time to admire the entire course with special attention to the well formed bunkers.

8. Players are cautioned not to mention other courses they have played, or are currently playing, to the owner of the course being played. Upset course owners have been known to damage players equipment for this reason.

9. Players are encouraged to bring proper rain gear for their own protection

10. Players should assure themselves that their match has been properly scheduled, particularly when a new course is being played for the first time. Previous players have been known to become irate if they discover someone else playing on what they considered to be a private course.

11. Players should not assume that a course is in shape for play at all times. Some players may be embarrassed if they find the course to be temporarily under repair. Players are advised to be extremely tactful in this situation. More advanced players will find alternative means of play when this is the case.

12. The course owner is responsible for manicuring and pruning any bush around the hole to allow for improved viewing of, alignment with, and approach to the hole.

13. Players are advised to obtain the course owners permission before attempting to play the back nine

14. Slow play is encouraged. However players should be prepared to proceed at a quicker pace, at least temporarily at the course owners request.

15. It is considered outstanding performance, time permitting, to play the same hole several times in one match.

Curmudgeon responsible for this post: Hale McKay at 12:12 AM

It is considered outstanding performance, time permitting, to play the same hole several times in one match.

The rules of bedroom golf is SO funny, consider yourself linked.

Peter, don't try to fool us, you are only 70. My Mom's boyfriend is older than that! Surely you haven't given up!

So now that it's too late, you FINALLY give me the rules. Crap!

Grandpa may have broken the code here! ~ jb///

You have a good eye for the funny stuff, Mike.