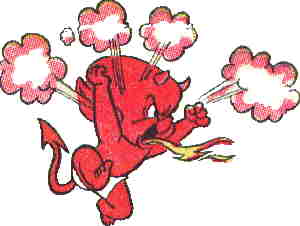 The Devil made me do it!

What the Devil's up lately? Two weeks ago the date was 06/06/06. Why, I don't Know, but they are releasing a remake of The Omen.
Do we really need to see that little son of a bitch Damien again? (Remember, his mama was a Rottweiler!)

Why the fixation on this subject, you ask? Since I began blogging back in January of '05, I have managed to put up more than a handful of posts. In fact, this is post No.666!

There was no pitchfork poking me in the ass though. A few times I had a hell of a time coming up with an idea to post. I probably assured myself a seat there if some of my posts are to be judged. Who knows, it might be this one.

Our roles on this earth and in this life include among other things, earning money to provide for ourselves and our loved ones. I came across some interesting numbers that gives me cause to question the value of money while we are alive. Consider the fact that there are dead people who are still making more money than most of us ever will in our entire lives. Need convincing? For your contemplation, I give you the following list:

Since his death, Elvis Presley has made approximately $45 million. Peanuts is still throwing $35 million into Charles Schultz's coffers. John Lennon has raked in $22 million. Other money-making dead include: Andy Warhol - $16 million; Dr. Seuss - $10 million; Marlon Brando - $9 million; Marilyn Monroe - $8 million; J.R.R. Tolkien - $8 million, just to name a few.
....They aren't getting up early, working up a sweat, or putting up with crap from asshole bosses, and yet their annual interest would make my life much more comfortable. 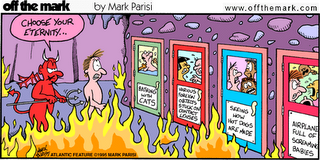 Of course, they couldn't take with them, but they took care of somebody they left behind. (Through some oversight, I'm sure, they seemed to have forgotten me in their wills.)

Interesting - I have been snacking while I've been composing this masterpiece and you probably wouldn't guess what I am spreading on saltine crackers - none other than spreadable 'Helluva Good Cheese." 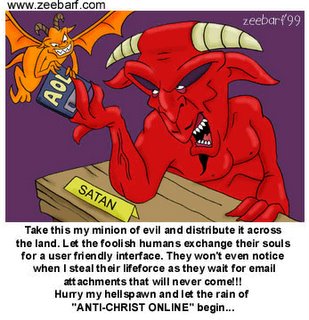 It's a shame I can't come up with a helluva good post. I suppose I could always throw in some graphics, but what in the hell sort of theme could I use for them to tie in with this post?

Did you hear that UPS made a helluva of a mess with some deliveries at a mall recently? It seems there was a new delivery man on the route. He was instructed by his supervisor to make an early morning drop-off to several stores in the mall. If the stores were not yet open, he was told to stack the packages in front of the shops' entrances.
....Later that day, the dispatcher at UPS received a call from one of the stores. He informed the UPS worker on the phone that a stack of thirty-five packages were not for his business.
....Insuring the shop owner the problem would be taken care of, he asked the man, "In order for us to locate them and get the packages to where they belong, what is the name of your store?"
....The voice on the phone an 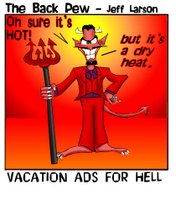 Like a lot of the country, New England has been hot as hell since Sunday. We put the air conditioners in the windows of our house on Saturday, just in time for the inferno forecast for the weekend. It's a hell of a coincidence that when a project like that needs to be done, everyone seems to busy that day. (It was indeed a coincidence that I was working late when my son-in-law installed them.)

Well, it's geting late. I'd better get the hell off this computer and get some shut eye. I have to get up in the morning and go to work, unlike the aforementioned dead.

No.666
Curmudgeon responsible for this post: Hale McKay at 12:13 AM

Some of those dead millionaires you mentioned we wouldn't begrudge them their ADI, (after death income) others though are raking it in for no good reason.

You don't know hot till you've been down here all summer (which lasts 10 months)!

My inaugural address at the Great White Throne Judgment of the Dead, after I have raptured out billions!
Read My Inaugural Address
My Site=http://www.angelfire.com/crazy/spaceman
Your jaw will drop!

If you could only merge one of those devils with your little hammer!!
T