I Got Up On the Wrong Side Of the Bedlam 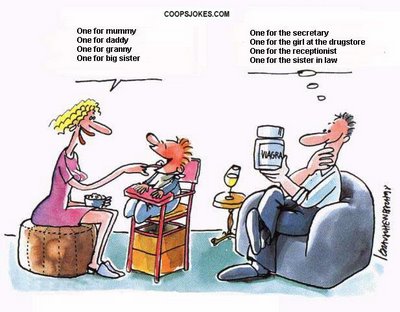 My kid wants to be President. I told him to aim higher.
I just had a horrible thought: One day, Rap will be elevator music!
A friend of mine met his girlfriend on one of those match-making sites. I'm not saying she's ugly, but they met on "My-Hydrant.com"

Okay, I got over the hill. So what do I win?
I might not know Jack Shit, but I met Diddly Squat.
Money talks. Mine always says, "Goodbye."
Kinky is using a feather; perverted is using the whole chicken.
Why women stay single: They prefer the sausage to the whole pig! 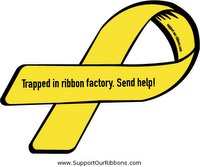 Sarcasm: Just one more service I offer.
Sex on TV is great! Until I fall off the set.
Your Proctologist called ... He found your head.
It its petty, don't sweat it. If its sweaty, don't pet it.

Due to recent cutbacks, the light at the end of the tunnel has been turned off.

Reach and touch someone. No, not there!

Curmudgeon responsible for this post: Hale McKay at 12:10 AM

Hey, that brightened my day.

I've seen many of them before, but they still make me laugh.

I agree with Peter, rap music in elevators?

Thanks - I loved those!

The "They prefer the sausage to the whole pig!"

Okay...FedSex is where I'm at.

Those were very funny, but I don't know which one I liked the best.

Love 'em all!! Thanks for the grins ;D

FedSex. Why didn't I think of that?

once again, you brightened up my day. FedSEx...lol I have to slip that under my neighbors door. She is doing the Fed Ex guy....how funny. You think all the neighbors notice the truck comes 3 times a week, stay for an hour while her husband is gone...hmmm?? XOXO