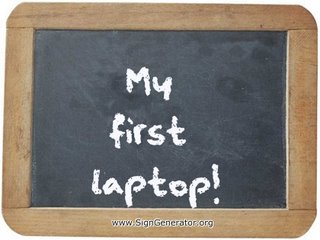 Margaret is sitting at her dining room table enjoying a pleasant repast with her daughter.

Joseph is sharing a glass of wine with his lovely paramour.

Agnes laughs at the story her sister is telling about a recent party during one of their daily afternoon teas.

Billy is still a little nervous as he and his blind date attempt some idle chatter before dining.

A matronly woman gushes over five-year-old grand daughter as she attempts to blow out the candles on her birthday cake.

Two brothers, long separated by 2000 miles, try to catch up on each others' lives as they share breakfast.

Cheryl takes a small bite from her pizza as her best friend reaches for another slice.

Two men exchange a toast with raised glasses for the business agreement they have reached.

An aspiring writer nibbles lightly on a finger sandwich and listens intently to the constructive criticism offered by her publishing agent.

The above scenarios are all too familiar. Or are they? These get togethers happen everyday. Or do they? We might be taken aback when we realize that things are not what they appear to be.
....If you were to allow your mind's eye to zoom back from the scenes, you just might find yourself looking at a preview of the not so distant future.
....Enter Virtual Family Dinner, a technology being developed by the consulting firm, Accenture. The concept of long-distant meetings is not a new one, take the conference call for example. Developments in the home computing industry have given us the ability to have face-to-face exchanges for some time. Accenture has taken the best of these to produce a system it hopes to have on the market within three to five years.

Have you ever worried whether mom or dad is eating alone night after night? Do you miss sitting down over a cup of coffee with a sibling? Have you ever been out of town for a birthday or an anniversary? Accenture's system has come to the rescue. Here's how it works:
....Strategically placed cameras monitor mom as she prepares a meal. When the system sees her bring dishes to the table, it infers that she is about to eat and is ready for company. Near the table, up pops a screen on the wall or at the end of the table. A computer automatically taps into a directory of family members or friends, finds someone who might be available to chat, and projects that person's life-sized image on the HD screen. On similar systems, they not only can see and hear each other, but can interact as if they were seated at the same table.

Always ahead of the curve, when his head isn't against a curb, the Pointmeister has been gazing into his crystal ball, which he calls the "Blog Oracle." Through the magic of incredible foresight, he has the wherewithal to share the future with you.

Margaret says to her daughter, "You look awfully thin. Are you still not eating meat? Dear, you need protein."
...Her daughter replies, "Ma, why are you putting so much salt on your food. You know it's not good for you."

The little girls says, "Why can't you be here in person, Grandma?"
...."Honey," the grand mother answers, "You know I wish I could be there."
...."Grandma, that's what you said for my birthday last year, and for Thanksgiving, and Christmas, and Easter, and ..."

As you can see in the above two scenes, it is just like being there in person. The conversations are more intimate and honest. The interaction is more lifelike than an ordinary telephone call. It will surely be the next great innovation in the field of communications.

Ah, but such is the bane of new technologies that there will be someone to find a way to abuse it.
....Take Jennifer, for example. She is taking a shower, dolling herself up for a hot date with Biff. The Virtual Phone system alerts her that there is an incoming call. She rushes to the phone, not bothering to throw on a robe or to wrap herself in a towel. She's going to give Biff a thrill, she thinks. She poses in a provocative stance as the screen pops up to activate the call.
...."Hello. I am calling from the Acme Vinyl Siding Company....Well, hell-o there!"

....Yes, even with this state-of-the-art system, both scourges of privacy, the tele-marketers and the spammers, will find a way to utilize the technology.

Let us not forget about Joseph who was sharing wine with his sweetheart. Although he is out of town, they are still able to share a romantic dinner together.
...."Honey," he says to her. "You look hot tonight!"
...."Oh, my!" she exclaims. "Is that french bread on your table, or are you that happy to see me?"

Are you ready for this technology?

(This post is based on an article appearing in the latest issue of AARP Magazine.)

No.703
Curmudgeon responsible for this post: Hale McKay at 12:15 AM

We get AARP magazine in this old fart's house, so I must look for the article. If it's anything like yours, it'll be worth the read.

What a thoroughly awful concept.
LOL!

I'm with Jules on this one----I refuse because you see then comes a little dressing from time to time or not dressing depending on which it might be. No thank you very much :)

Sounds fine to me Mike, as with most gizmos there is an on/off switch for cameras, don't know about random placement though, just ask Jennifer.