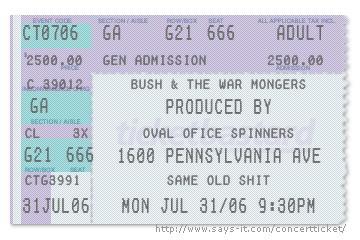 The Biggest Concert since Woodstock!
Have you got your tickets yet? All of the proceeds will be used to fund the President's Hooked on Phonics lessons. Dubya plans on doing a lot of public speaking after his second term is over.

George W. Bush and his band, Bush & The War Mongers, will headline this all-star concert. The President has gathered the hottest and most popular groups of all time to join him on the stage for this once-in-a-lifetime concert. You will hear them sing the greatest hits of all time. 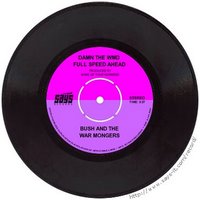 (Click on the individual records for a larger view.)
You'll hear Bush & The War Mongers sing their latest hit, "Damn The WMD, Full Speed Ahead." The heavy bass of Tony Blair will rock your socks off! You'll be tapping your feet and wanting to dance to the beat of last summer's hit, "Fuck You And The Camel You Rode In On." The mellow "I Only Have Lies For You" will bring tears to your eyes. 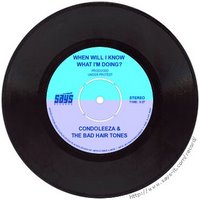 One of the years newest up and coming groups is Condoleeza And The Bad Hair Tones. Condi's 'butter-will-melt-in-her-mouth-but-doesn't' style of singing is evident in the current number 3 song on the charts, "When Will I know What I'm Doing." You'll want to sing along with her "Don't Go Breakin' My Hair."
Those in attendance will be treated to a special appearance of Chene 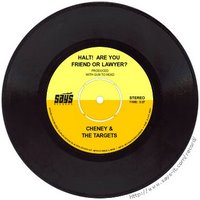 y & The Targets. The audience will be whipped into a frenzy when Dick and his band lets loose with the rousing "Halt! Are You Friend or Lawyer?" They will also perform "Bang! Bang! I'll Shoot You Down," their version of a Sonny & Cher standard. There will be a gun check at the gate because of this band's influence on young Americans. If an attendee has no weapon, one will be issued upon admittance.

Making their first ever concert appearance, 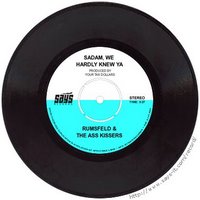 Rumsfeld & The Ass Kissers are sure to please the large crowd expected for this concert. The melancholy tribute to one of the world's most noted leaders, "Sadam, We Hardly Knew Ya," is sure to be a hit with the patriotic crowd. The crowd will hear this group belt out a lively "It's My Party (And I'll Cuss If I Want To)".
It's going to be the musical event of the year. You won't want to miss this star-studded concert for the ages. Order your tickets now. Remember, the proceeds will help our Lame Duck President learn to speak properly. He has to prepare for all those paid public speaking engagements after he leaves office.
(For all you collecters out there, please note that the ticket has a spelling error. The word "Office" has been printed as "Ofice." These tickets will one day become valuable collector pieces.)

Curmudgeon responsible for this post: Hale McKay at 12:04 AM

Take away the fact of his Presidentcy and I'd pay money to hear Dubya speak now, as a stand up comic he takes some beating, but ya gotta take away that big stick ya gave him.

I love what you say, but I am having trouble with the red on blue. It is almost like being in an altered state of consciousness. The characters seem to dance before my eyes.

Very funny, Mike. I laughed out loud at this one!

re: the spelling error.

Your post kept me in stitches and I can't wait to see who we are going to make fun of next. I'll take one ticket...it sounds like a star studded event. hehehe

OMG are those.. 45's?
I have an inherited collection of those.