What It Was, Was Another Time 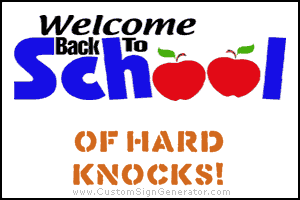 Growing up Appalachia in the fifties and sixties, I matriculated at the School Of Hard Knocks. Life was simpler then. It was another time. It was an age of innocent ignorance. I like to think that I grew up in a state of boondocks bliss.

....We didn't have a lot. Oh, we had the pot, but with innocent ignorance, we didn't know what we didn't have. We made do with what he had. Our happiness was measured in love and not in amenities. I guess you could say we were the privileged poor.

I have been waxing nostalgic, but I am acutely aware that the School Of Hard Knocks has now a much more difficult curriculum than we had four and five decades ago. In particular, I have been looking at the campus known as New Orleans. It's been over a year since Katrina all but destroyed that city. The city for the most part still lies in shambles. Many of its peoples have left, 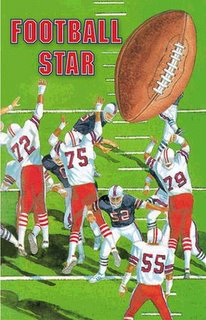 ....Yet, tonight there is a festive atmosphere in the city. Why should tonight be cause for celebration? Monday Night Football has put New Orleans back on the map and in the public conscience. Tonight marked the reopening of The Superdome with the New Orleans Saints hosting the Atlanta Falcons. While the Mardi Gras welcomed some tourist trade back to the city, and Bourbon Street has been revitalized, it is the return of football that has lifted the spirits of the city. For the first time in its history, the Saints football team will be playing to a sold-out stadium for an entire season.
....Whether you like football or not, the sport and the team have done more for the spirits of the populace than our government has. Some will ask why the city has rebuilt a sports venue before it has rebuilt the devastated housing. The city realized that it needs to generate income. The return of football, especially on the stage of MNF, is a start.

Miss Cellania has put up a nice posting on the subject of football. As usual, she has some links to some funny and interesting sites regarding the sport.

Now, I have to tie-in the two diverging themes of football and boondocks bliss, don't I? I thought you'd never ask. For those who don't understand the concept of ignorant innocence, I think the following will clarify the idea.

In 1954, a relatively unknown comedian/singer from North Carolina, by the name of Andy Griffith released an album of his own brand of down-home humor. Most of you will be unfamiliar with his work before he became Sheriff Andy Taylor of Mayberry, but his early recordings are classics.

WHAT IT WAS, WAS FOOTBALL
It was back last October, I believe it was. We was going to hold a tent service off at this college town, and we got there about dinner time on Saturday. Different ones of us thought that we ought to get us a mouthful to eat before we set up the tents. So we got off the truck and followed this little bunch of people through this small little bitty patch of woods there, and we came up on a big sign that says, "Get Something To Eat Here."

....I went up and got me two hot dogs and a big orange drink, and before i could take a mouthful of that food, this whole raft of people come up around me and got me to where I couldn't eat nothing, up like, and I dropped my big orange drink. Well, friends, they commenced to move, and there wasn't so much that I could do but move with them.
....Well, we commenced to go through all kinds of doors and gates and I don't know what all, and I looked up over one of 'em and it says, "North Gate." We kept on a-going through there, and pretty soon we come up on a young boy and he says, "Ticket, please." And I says, "Friend, I don't have a ticket. I don't even know where it is that I'm a-going!" "Well," he says, "Come on out as quick as you can." And I says, "I'll do 'er. I'll turn right around the first chance I get."
....Well, we kept on a-moving through there, and pretty soon everybody got where it was they was a-going, because they parted and I could see pretty good. And what I seen was this whole raft of people a-sittin' on these two banks and a-lookin' at one another across this pretty little green cow pasture.
....Somebody had took and drawed white lines all over it and drove posts in it, and I don't know what all, and I looked down there and I seen five or six convicts a running up and down and a-blowing whistles. And then I looked down there and I seen these pretty girls wearin' these little bitty short dresses and a-dancing around, and so I thought I'd sit down and see what it was that was a-going to happen.
....About the time I got set down good and I looked down there and I seen thirty or forty men come a-runnin' out of one end of a great big outhouse down there, and everybody where I was a-settin' got up and hollered! And I asked this fella that was a sittin' beside of me, "Friend, what is it that they're a hollerin' for?" Well, he whopped me on the back and he says, "Buddy, have a drink!"
....I says, "Well, I believe I will have another big orange." I got it and set back down. When I got there again I seen that the men had got in two little bitty bunches down there real close together, and they voted. They elected one man apiece, and them two men come out in the middle of that cow pasture and shook hands like they hadn't seen each other in a long time.
....Then a convict came over to where they was a-standin', and he took out a quarter and they commenced to odd man right there! After a while I seen what it was they was odd-manning for. It was that both bunchesful of them wanted this funny lookin' little pumpkin to play with. And I know, friends, that t

hey couldn't eat it because they kicked it the whole evenin' and it never busted.
....Both bunchesful wanted that thing. One bunch got it and it made the other bunch just as mad as they could be! Friends, I seen that evenin' the awfulest fight that I have ever seen in all my life!! They would run at one-another and kick one-another and throw one-another down and stomp on one-another and grind their feet in one-another and I don't know what all, and just as fast as one of 'em would get hurt, they'd take him off and run another one on!
....Well, they done that as long as I set there, but pretty soon this boy that had said, "Ticket, please," he came up to me and said, "Friend, you're gonna have to leave because it is that you don't have a ticket." And I says, "Well, all right." And I got up and left.

I don't know, friends, to this day, what it was that they was a doin' down there, but I have studied about it. I think it was that it's some kind of a contest where they see which bunchful of them men can take that pumpkin and run from one end of that cow pasture to the other without gettin' knocked down or steppin' in somethin'.

Well, Blogger friends, that's how I tie-in football and boondocks bliss! Y'all come back, ya hear?

(Oh, by the way, the New Orleans Saints defeated the favored Atlanta Falcons 23-3.)

Curmudgeon responsible for this post: Hale McKay at 10:10 PM

I know zilch about football, but I am glad the Saints won. They could use a break down there.

I remember listening to Andy Griffith's record when it came out (I was 14-15) and thinking it was hilarious.

Yes Mike, I also remember that Andy Griffith stuf, there were a couple of others that were very popular too as I recall.