Extra! Extra! Read All About It!

Spanning the globe, for the news that reputable newspapers won't print. While the world sleeps, the Editor-in-Thief sits in comfort with a supply of hot coffee, scouring the Blogosphere for the news you won't find anywhere else, whether you want it or not. 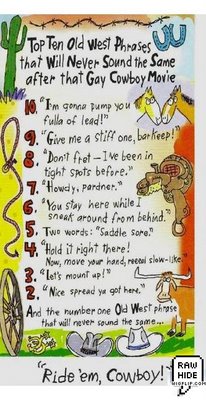 d success of Brokeback Mountain has had a dramatic effect upon not only the way Hollywood views the Old West, but how the lives of the real cowboys have been impacted. Case in point, the cowboy vernacular:

It has been rumored that the same production crew has been looking at some classic films for their next project. One such picture is It's A Wonderful Life. Retitled "It's A Brokeback Life," imagine the outcry when fans of the original learn that Clarence is looking for more than his wings.
....In their version of The Sound Of Music, the hills will be alive with more than music! They have a war epic in the works also. Ever wonder what happened to all those soldiers while they were pinned down by enemy fire on The Longest Day? I wonder how film lovers will react when they hear the last word of Citizen Kane is ..."Rosebutt." 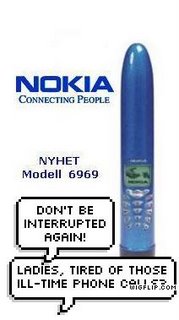 For the ladies, there are two new products due to hit the market soon for your pleasure.
Probably the most innovative cell phone ever produced, the new Nokia-brator will allow today's modern woman to take phone calls while taking care of other important matters at the same time. Of course, the phone will feature a silent vibrating ring tone.

....Just in time for Halloween, the new Cornbrator is sure to give new meaning to Trick-or-Treat! Forget about those candy-leeching brats ringing your door bell, you spent the candy mone 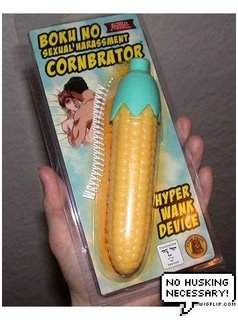 Technological advancements are also reaching out to the Redneck segment of the population. Why go hunting on two feet, when you can stalk your prey in comfort? The Redneck Segway (see picture below) can traverse all kinds of terrain and will not tip over, no matter how many Pabst Blue Ribbons you've had! 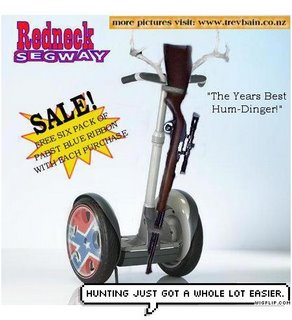 The Pointmeister Gazette was on the scene when new drawings and notes that once belonged to Leonardo Da Vinci were discovered in a basement in Venice, Italy. Famous for his art masterpieces and many technical drawings, this latest discovery of his works has the computer world turned upside down.
....There are sure to be charges of patent and copywright infringements as the ramifications of the discovery are weighed. The authenticity of the documents are sure to be ca 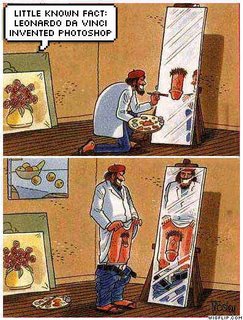 lled into question.
....Until proven otherwise, the world will have to accept the fact that Da Vinci invented Photo Shop.

Scientists have recently noticed a decline in the oyster population off the Eastern seaboard. After several months of study and observation, scientists have dismissed the notion that local Rednecks had been raiding the oyster beds because of the alleged powers of the oyster as an aphrodisiac.
....However, they did make an alarming discovery during their investigations. It seems that the local turtles in the area have gained a taste for the once abundant oysters. 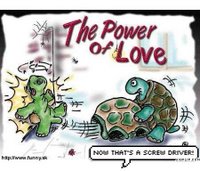 The scientists have not ruled out that the consumption of the oysters is in any way related to the recent increase in the number of turtles in the area.

The clothes you wear are a reflection on you. Designers have long borrowed from the animal world when creating fashions. It appears that there is a new breed of designe 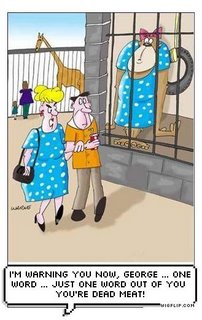 r making a statement. These new age designers are lending to the animal world!

The costume is great, but if you have a body like this, the staff of The Pointmeister Gazette implores you ... please, please wear a mask! When dressing sexy for that Halloween party, the idea is to turn heads, not stomachs.
....To this publication, this girl is neither a trick nor a treat! They don't make enough bags! 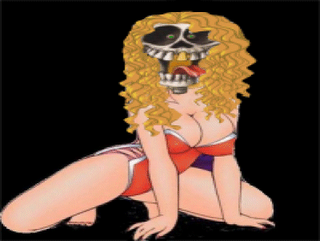 
No.778
Curmudgeon responsible for this post: Hale McKay at 9:57 PM

...for the news that you just can't get anywhere else...

Jules: I was wondering when you'd get around to the phone vibrators.

Pointmeister: Are there other classic movies that could very well benefit from "Brokebackism"? For example, "Willy Wonka and the Chocolate Factory"...he's looking for something with nuts.

Say whattt?? You are nuts! lol..Lordy... It kinda looks painful if you ask me..=P

DaVinci was a well-rounded chap, wasn't he? guffaw. LMAO. Snerx.

As for the vibrators, I know better than to make ANY comment about them. Although you are doing a magnificent service to your devoted readers.

Mike, you are being a bad boy now! Hahaha!

Oh yeah, anytime you see "Miss", thats me (Miss Cellania). Blogger Beta does not like me occasionally.

That was a good one!

I imagine one would have to use a headset for that phone, unless it's targeting the contortionist demographic...