The Web Has a Thousand Eyes 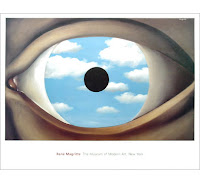 In mathematics
The decimal representation for one thousand is 1,000 — a one followed by three zeroes, in the general notation;
1 × 103 — in engineering notation, which for this number coincides with :
1 × 103 exactly — in scientific normalized exponential notation;
1 E+3 exactly — in scientific E notation.
The SI prefix for a thousand is kilo, officially abbreviated as k — for instance prefixed to metre or its abbreviation m, kilometre or km signifies a thousand metres;
as such technically oriented people occasionally represent the number in a non-standard notation by replacing the last three zeroes of the general numeral with "k", for instance 30 k for 30,000
The sum of Euler's totient function over the first 57 integers is 1000.

In time
A millennium has 1000 years. The year 1000 is the last year of the first millennium AD.

In popular culture
In music, Thousand is a 1993 single by Moby.
A grand is a slang term in English for one thousand units of a given currency. Several grand can be shortened to G's.
Especially in the U.S.A., the gambling community often refers to denominations of $1000 as dimes

Trivia
To count to one thousand, counting one number every second continuously would take 16 minutes and 40 seconds.

Then there is a man who vowed to drink in 1000 different bars within one year's time. You can check him out here .

Ed McMahon : There you have everything you'd ever want to know about the number 1000!
Johnny Carson : Wrong, Blog-breath!

This just happens to be post number 1000 to appear at "It Occurred To Me!" I came within two days of hitting two milestones with this post: the 1000th post and 60,000 hits.

As evidenced by the subject matter of this post, it is probably apparent that I was unable to come up with some funny,unique or special theme to celebrate the milestone.

Starting with next of the second thousand, I'll make up for the absence of creativity...

'Cause the Web has a thousand eyes.

No.1000
Curmudgeon responsible for this post: Hale McKay at 9:07 PM

Congrats on the 1000 posts! I have to admit, you had me just a little clueless with that mathematic section.

Boy, I wish I had waited until tomorrow to visit you blog. Then I could say: "Oh, hum, just another day at Hale's place."

But now that you've outed yourself, I guess I better say, "Oh, hum, just anther day of 1000s at Hale's place."

Like Christina said Mike, the content of this post had my head swimming but it all became clear at last, Congratulations on the 1,000 and the 60k.