I thought I'd dabble with Paint Works a little today. I have found it difficult in the past to "draw" with a mouse. So I had to keep it simple. 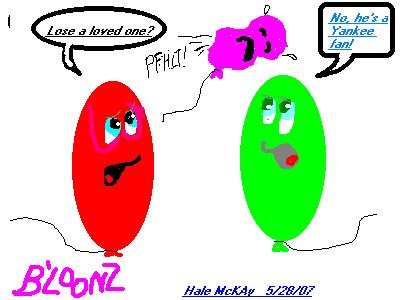 What could be more simple than a cartoon featuring talking balloons? Thus this day is born B'LOONZ ! What relevancy can balloons have on the issues of the day? Well as a RED SOX fan, it is easy to poke fun at the YANKEES - at least at this point of the season. (Starting the day the "Pin-Stripes" were 12 1/2 games behind the good guys.) 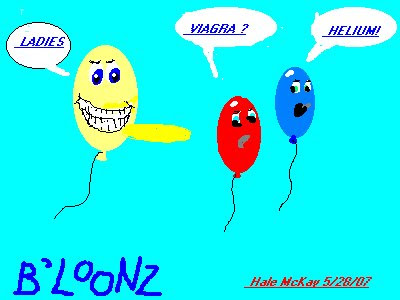 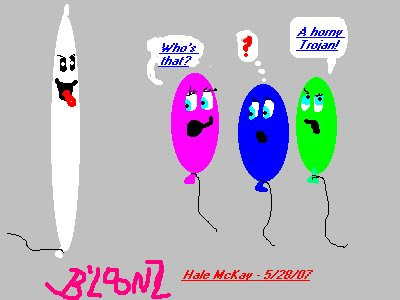 Balloons could also convey greetings and best wishes for holidays. 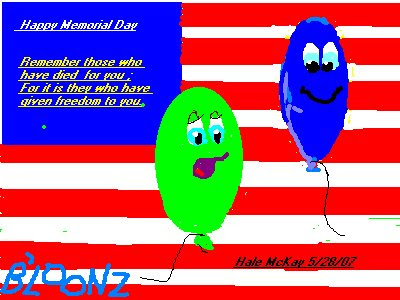 Will B'LOONZ return one day? Should they? Or should the air be let out of them?

No.999
Curmudgeon responsible for this post: Hale McKay at 7:52 PM

Hee.hee. Only you could turn little ovals into such comedy!! XO

The next Peanuts strip in the making is here. And we can proudly say we saw it first.

Jay-zus. Who knew bloons could be so expressive? LMAO!