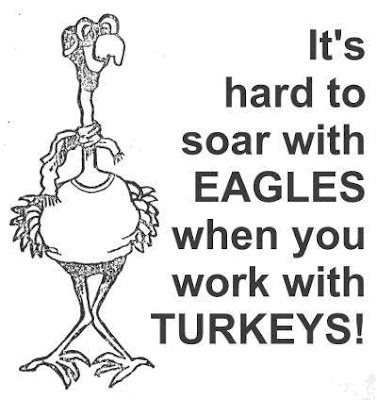 I thought for the post today I would try to talk a little turkey.
...And I don't mean "gobble-gobble." 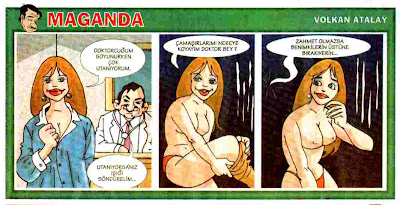 There's no need to enlarge the cartoon above unless you really want a better view of the woman. The cartoon is in the Turkish language. Following is a translation into English:

WOMAN: "Dear doctor, I'm very embarrassed when I get undressed."
DOCTOR: "If you're embarrassed, let's turn out the lights."
WOMAN: "Where shall I put my undergarments, Mr. Doctor?"
DOCTOR: "If it's not too much trouble, you can put them right on top of mine." 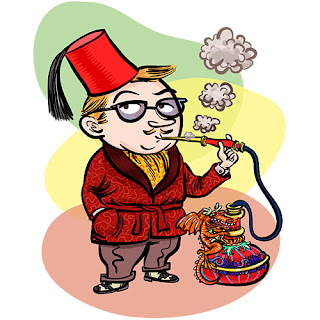 Would you like to be able to talk turkey? Impress your friends with a little Turkish vocabulary and slang!

5) frikik (free kick) - a glimpse of a woman's underwear when she is crossing or uncrossing her legs; also a view of an exposed breast

9) meme (may-may) - breasts; boobs (Remember this one the next time someone tags you for a meme.)

This turkey has had enough of talking turkey for tonight.

No.1174
Curmudgeon responsible for this post: Hale McKay at 8:10 PM

Another thing for which to give thanks. snerx, snort, giggle, lol, etc.