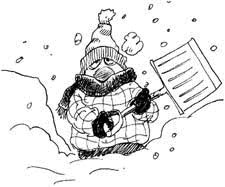 We now have received 4 more inches of snow than we got the entire winter last year. Sadly, as the calendar goes, it's not yet officially winter. Then again, who's counting? Who's keeping score?

I don't know about you, but I don't particularly like it when Merry Christmas is shortened to Merry Xmas as in the following image:

For the record, I have used that short cut. Then again having said that, when I see it in print it bothers me.

Instead of the "X" denoting Christmas, I feel it should mean something else. Maybe you could say Merry X-mas to someone recently divorced. (Merry Ex-mas, Bill!)

Curiously, you could also use it congratulate a woman who just got married. (Merry Ex-miss, or Merry Ex-ms.) Two meanings works for aloha.

Since keeping score was mentioned above, I found the following generator while surfing around. If you are a fan of the game SCRABBLE you might want to see what your name will score (or not).

Maybe I should have chosen ZYZZYVA as my Blog name.

Jacko To Star In "Zombie Thriller: the Movie"

Scheduled to be released on Christmas Day, fans of Michael Jackson are sure to wait in long lines to see him starring in the latest Zombie flick.

A spokesperson representing the production studio said that the film came in well under budget. He cited in particular that expenses for the make-up department were below the original estimates. It turned out that Jackson needed no make-up. "He's a natural," said the spokesperson.

The money saved on make-up was offset by additional expenses in the prop department. Several special nose prostheses were created for Jackson to wear around the set when he was off-camera. The cost of these items were defrayed by Jackson's personal health insurance. As part of his contractual arrangements, the studio did have to cover a small co-payment.

Extra security had been added during production of the film. Studio executives claimed that extra safety measures were taken to prevent Jackson's fans from trying to gain access to the set during filming.

A crew member of the production company, who asked to remain anonymous, had quite a different story regarding the beefed up security. He said it had nothing to with the star's fans.

According to that source, Jackson filed complaints that he was being stalked and feared for his life. There was an arrest of a strange man who was charged with trespassing. The suspect was released after questioning on his own recognizance and was ordered to stay away from Jackson and the set.

The man, who identified himself as Hannibal Lechter, denied the charges that he was stalking Jackson. According to the arresting officer the man said in response to the interrogation, "I only eat fresh meat - not carrion."

No.1203
Curmudgeon responsible for this post: Hale McKay at 9:25 PM

It may or may not make your neck of the woods by Christ-x-mas ;)
*ducking throwd items*