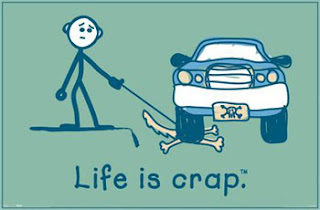 Boldly going where no man should go, I have decided to step onto thin ice. It is daring, albeit questionable, to breach the topic of a certain ..ahem.. body function. In fact, it stinks! Think about it, it's only gas.

According to Webster's Dictionary:

GAS - a form of matter capable of expanding to fill and a container and taking on the shape of the container; a combustible mixture used as fuel; gasoline; a gas used to produce an irritating, poisonous, or asphyxiating atmosphere.

The subject is taboo in mixed company and in most circles, especially over dinner. Strange, considering the fact that it is the intake of foods that creates the necessary mixture of elements for this function to occur. Long the subject of crude humor and the fodder for many a comedian, it reeks of crudeness and lack of etiquette.

George Carlin has used it in a skit, wherein he goes as far as categorizing different types of the phenomenon. He notes that particular foods produce their own unique aromas, i.e, beans, broccoli, non-dairy creamer.

An elderly man is in an elevator, returning home from a shopping errand. Unable to control himself, he breaks wind! Frantic that someone might get on the elevator before he reaches his floor, and that they will know he was the perpetrator of the unpleasant odor, he pulled out a can of pine-scented air freshener.

He hastily fumigated the car, and not a moment too soon. Another man enters the elevator and pushes his floor button.

"There sure is a funny smell in this elevator," he says to the man.

"I'll say," the other man answers, "It smells like someone took a crap in a pine tree."

Aha! Laughing aren't we? We take offense to discussing it, but do not hesitate to laugh at it.! Now how can something so offensive, so nifarious, and disgusting be so funny? Simply put, when that happens to someone else it is funny. Not so if we experience it. The root of comedy is sometimes the misfortunes of others.

Some Paleontologists have even suggested that flatulence led directly to the extinction of the dinosaurs. It appears, at least to them, that over an extended period of time, eons, the build up of methane gases released into the atmosphere, brought about massive changes in earth's temperature. The classic green house effect, perhaps? Ultimately plants getting no sun died. The animals that ate the plants died, and of course the carnivorous beasts found themselves with empty pantries.

A woman, the wife of the man in the elevator, was sitting at a table in a posh restaurant with three friends. With the waiter standing nearby, the ladies were about to place their orders. To her horror, she uncontrollably passed wind.

Fortunately it was of the silent variety. Not wanting to be embarassed should anyone catch a whiff and suspect her of the act, she had a brilliant idea.

To the waiting man she snapped, "Waiter, stop that!"

To which the waiter replied without flinching, "Certainly, madam. Which way did it go?" 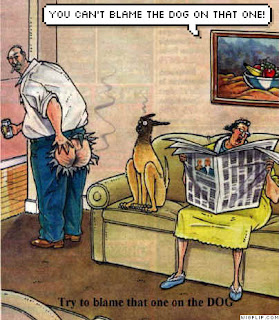 I for one, am not remiss to discuss this perfectly normal body function. I will, however, exercise gentlemanly restraint from using using the term most associated with it. I suppose calling it breaking wind, or passing gas are just barely acceptable. Perhaps sounding the foghorn, starting the after-burner, lifting off, stepping on a duck, or shooting blind are easier to hear. Maybe you prefer cutting one.

Did you know that they are flammable? All you need is a match or a cigarette lighter ...ahem... never mind, I think you get the picture.

Anyway, when appropriate, I don't shudder to talk about the subject.

As for dinosaur flatulence bringing about their demise, I suppose it is possible that the massive amounts of methane generated by a largely vegan-based dietary population (with numerous eatings of vegans in the process by those animal rights-violating meat eaters) caused a ripple in the space/void continum, and caused that asteroid to be deflected into Arizona, wiping out dinosaurs and creating John McCain. Or is that a Roswell incident? Perhaps I'm confused by the pine smell I just noticed in the last elevator I was in...

Dr. Oz stated on the Oprah show a few weeks ago that adults tend to pass gas at least 14 times a day.

The SBD's are the worst.

I will make further comments later. I have to turn on the exhaust fan for a while. lol

Mike, that was funnier than a fart in a space suit.