There is Nothing Wrong With Your Monitor

Can you be wired and unplugged at the same time? 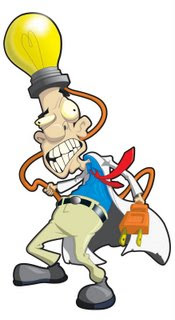 Imagine sitting in your vehicle about to go to work one morning, when suddenly you hear the voice of Vic Perrin in your head. You can only wonder if it is a dream, indeed you hope so, otherwise you need to get your money back from that shrink. If it is not a dream, you begin to fear what may lie ahead for you.

Just who in the heck is Vic Perrin anyway, you ask?

Well, it happened to me once! My mind drifted back in time, searching memories that had become fragmented, scattered within the recesses of my mind. I came across that vault, overflowing with useless information. It was a Depository of Trivia.

Then there it was, a recollection of the voice. Though the name was not one I would have ordinarily remembered, his distinctive voice reciting the all too familiar narrative gave me cause to feel dread.

"There is nothing wrong with your television set. Do not attempt to adjust the picture. We are controlling transmission. If we wish to make it louder, we will bring up the volume. If we wish to make it softer, we will tune it to a whisper. We will control the horizontal. We will control the vertical. We can roll the image, make it flutter. We can change the focus to a soft blur or sharpen it to crystal clarity. For the next hour sit quietly and we will control all that you see and hear. We repeat: there is nothing wrong with your television set. You are about to participate in a great adventure. You are about to experience the awe and mystery which reaches from the inner mind to...The Outer Limits."

I began to wonder just what was in store for me that day. Was I the only one hearing the Control Voice? Were there others who would be acting out similar scenarios as me? Incapsulated images of that TV program were flashing from behind my eyes, yet I could see them clearly. Then it dawned upon me that I was seeing pieces of episodes that aired four decades ago. How was it that I was recalling the details of each individual episode?

A long gaping yawn came over me, reminding me of the sleep I had lost the night before. Why had I stayed up until the wee hours of the morning knowing I had to get to go to work the next morning? What was it I was watching on TV last night? Like a bolt out of the blue, it hit me. There had been a televised marathon of The Outer Limits running the weekend on the Sci-Fi Channel.

I was relieved that it all made sense. I wasn't about to live a day of suspense or terror. No alien beings or spirits were going to besiege me. No vortexes disrupting the space-time continuum were going to whisk me off into the midst of the Battle of Little Big Horn. My brain was just simply draining some of the overload absorbed from the twelve hours of television.

The tension abated, I engaged the transmission and left my driveway to face my obligated day of work. The Outer Limits a fading memory, I was about to turn onto the main drag when a strange series of musical notes began to play somewhere nearby. A few quick glances in the rear and side mirrors gave me nothing to dread. An ice cream truck warming up in a driveway, was playing its melody.

I made my left hand turn, but had traversed only about a hundred feet when I slammed on my brakes. In spite being out of earshot of the ice cream truck, I could still hear the notes but they were louder than before. Then there was a voice, a different voice this time, but also a familiar one, Rod Serling.

"You are entering a dimension not of sight or sound, but of the mind...."

Then I realized why I had stayed up practically all night. It was a Friday night and I really wanted to watch that Outer Limits marathon. I could sleep in the next day if I wanted.

It was Saturday! I don't work on Saturdays!

I think it was in '05 or early '06 that I allowed my pet rock, Seymour, to be exposed to a marathon of original Outer Limits episodes, starting with the critter that Cliff Robertson contacted, and inadvertently (aka, the DJ working at the time) brung hyar through the contact. Between that and the Venusian sock puppet that attacked William Shatner, Seymour decided a better home defense mechanism was needed than my shotgun. So he "revamped" my TV remote, which I discovered when I got home, and accidentally vaporized the refrigerator and the unoccupied apartment across the way.

"I wasn't about to live a day of suspense or terror." You just think that you are safe. It is all part of the re-programming process.

I am afraid you may very well be doomed.

Jack: Seymour and his earette of corn companion Jane, were in Japan from April '06 until November '07. Now, Seymour and Jane are wintering on a farm in Ohio (and probably wondering what the horsefeathers happened), and will be back here sometime in the spring.

There will be more of their Sci-Fi adventures once they get back here, I have no doubt.