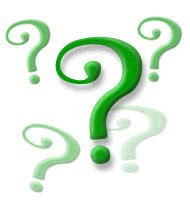 Don't you just "love" it when people answer questions with questions? More precisely, does it irritate you also when people repeat a question before answering it?

A few people I have conversed with from time to time have the annoying habit of repeating the questions asked of them before answering. It makes you wonder if they are hard of hearing and repeat what they think they heard. No, without pause they then answer the question.

A man I know, I'll call him Jim (to protect the guilty), is one of those. If I was to address him with, "Hello Jim. How are you?"

His response would be, "How am I? I'm fine thank you."

Being courteous I press on by asking, "...And how's the family?"

"How's the family? Good. Everyone is well."

"How's the job going? It's going well, no problems." 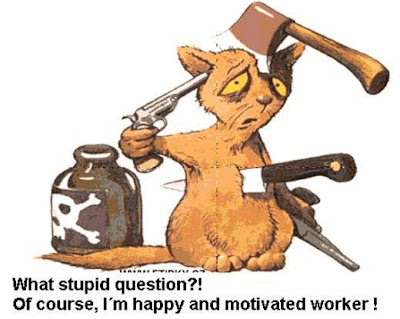 As you can see, Jim is not exactly the most verbose of individuals. I think the closest I ever came to hearing him launch into a diatribe was when I mentioned the fact that he always repeated questions. His answer was, "Bullshit!"

In a nutshell, that is the way a typical conversation will go when I run into him on a parking lot or in a store. This habit is not designed for only me. The girl at the checkout counter inquired, "Would you like paper or plastic?" Of course he responds with, "Would I like paper or plastic? Both. Put a paper bag in a plastic one." She nods then asks, "Will that be cash or charge?" "Will that be cash or charge? I'll charge it today." Then she asks, "Do you want cash back with that?" "Do I want cash back with that? Yes." "Sir, how much cash would you like?" "How much cash would I like? Fifty."

So it goes with good old Jim. Ask him a question and expect it to be repeated verbatim except for the pronouns. Don't try to cross him up either by abbreviating the question, that is by using understood subjects and objects. He won't fall for that trick. "Sick of all the snow, Jim?" you ask. "Am I sick of all the snow? You bet I am!" As you can see, he sniffed out the missing 'Are you' like a bloodhound. 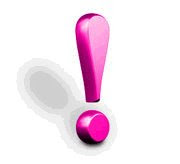 I ponder which will last longer, the echo or Jim? I'll slip quietly away, leaving Jim and "Jim" engaged in their interrogative exchanges.

I would found out a couple of things in the Grand Canyon scenario. One, there is indeed such a force as perpetual motion. Secondly, echoes are redundant.

Do people repeat questions put to them? Do they ever ;)

Do I love people answering a question with a question? Absolutely. At lease I know they understood what was asked of them. However, it does get a tad bit tedious, don't you think>?

Don't I think it gets a tad bit tedious, Jack? You bet.