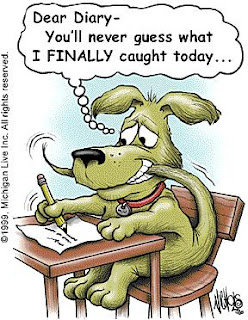 There's nothing like a good dose of irony to put the problems of day to day life in proper perspective.

You are no doubt familiar with the phrase "art imitating life." Conversely, sometimes life imitates art.

What follows is a sampling of five theatrical releases in which reality (life) seemed to imitate the film (art):


Wag the Dog, a political satire starring Dustin Hoffman and Robert De Niro was released late in 1997. The film was about political spin doctoring. When the President is caught with his pants down, his administration orchestrates a war with Albania to divert attention from the President's dalliance.

The film proved to be eerily prophetic when only a few weeks later in January 1998, the Clinton-Lewinski scandal broke. Not long after the scandal appeared in the headlines of the nation's newspapers, the U.S. was threatening air strikes against Iraqi dictator Saddam Hussein for breaking a United Nations treaty.

"It's surreal," said Dustin Hoffman. "It's the first time I've ever felt so clearly that the actual news is like a movie."

A film adaptation of a science fiction novel written by Arthur C. Clarke, 2001: A Space Odyssey was released in 1968. In a scene from the film, HAL, a talking computer, informs NASA of a malfunction wi 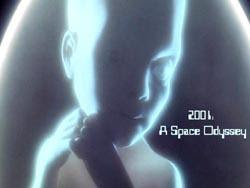 th the statement, "Houston, we've got a problem."

Only moments before the explosion that ended the Apollo 13 mission while the crew was playing "Thus Spake Zarathustra," the theme song of the 2001 film, Captain Jack Swigert radioed to Mission Control, "Houston, we've got a problem."

An administrator for NASA later sent Clarke a copy of the report, and noted under Swigert's word: "Just as you always said it would be, Arthur."

Clarke was quoted: "I still get a very strange feeling when I contemplate this whole series of events - almost, indeed, as if I share a certain responsibility."

In the 1989 film, Back To the Future Part II, Marty McFly's (Michael J. Fox) nemesis, Biff, brings a copy of "Gray's Sports Almanac" back from the future to his younger self and tells him to bet on sporting events. Skeptical, he looks through it and comes across an unlikely entry. "Florida's going to win the World Series in 1997," he reads. "Yeah, right." (At the time of the film and in the story line, there wasn't even a baseball team in Florida.)

By 1997, Florida did have a baseball team - the Florida Marlins. And amazingly, they did win the World Series in 1997!

The Chase, a 1994 action film spoof starred Carlie Sheen as a wrongly convicted man who is pursued in a high-speed chase by the police.

A couple of months later we were among an estimated 75 million people who watched on our TV sets the California police involved in a slow-speed chase of O.J. Simpson in his white Bronco.

Film director, Adam Rifkin, told reporters: "People called and said it was just like my movie. I told them, 'No, no, my movie is just like this.' It's a perfect case of art imitating life imitating art."

Perhaps the most celebrated and most prophetic of these films is the following:


The China Syndrome, a 1979 film, was about a near-meltdown at a nuclear power plant. The term "China Syndrome" refers to the potential of nuclear materials to melt "all the way to China" when a reactor fails. The film ignited fiery debates between anti- and pro-nuke forces. One pro-nuke executive for Southern California Edison told reporters, "[The movie] has no scientific credibility, and is in fact ridiculous."

Twelve days after the release of the film on March 28, 1979, the nuclear plant on Three Mile Island near Harrisburg, Pennsylvania, reported a partial core meltdown.

The incident was so similar to the movie's plot that its executive producer feared "someone had seen the picture and sabotaged the plant."

Co-star Jack Lemmon said incredulously: "Every goddamned thing we had in there come true."

I'm still waiting for Jurassic Park to come to reality, as a dinosaur starts eating lawyers...

Wow, how bizarre! Thanks for sharing!


Sure have missed you, been so darned busy. Best wishes for a wonderful day!

The poor creatures would probably go extinct again - from a pandemic outbreak of of acute indigestion and food poisoning coupled with a world-wide shortage of Pepto Bismol.

Good to hear from you.

Bizarre is a good word for these 'coincidences." I'm sure there might be other instances of this too.