Pushing All the Right Buttons

I just love work!
I can sit and watch someone doing it for hours!

Most people like having machines to do their work for them.
Just push a button - and voila!

But as for me,
I'd need something to push the button!

As the Rube Goldberg cartoon suggests man has something else on his mind. I didn't need Sherlock Holmes to come to that conclusion! 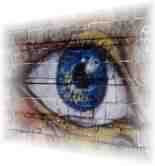 Sex on the brain! There is no button to be pushed. There is a primordial soup locked up in the male cranium and it is photo-optically triggered.

Creating Rube Goldberg gadgets to go bowling as in the video above are nice, but a "button" had to be physically manipulated. While physical stimulation works also, all a man really needs is visual stimulation to get "the

A man in a bar walks up to a bosomy woman wearing a tight teeshirt and says to her, "Say, where did you get that shirt with the high beams and big bumpers?"

Nonplussed she gives him the once over and replies, "The same place you got those pants with the stick shift."

Sex on the brain? Some might suggest that the photo to the right accompanying the joke contains a subliminal reference to pushable buttons. As you can readily see by the previous joke, men don't always have sex on their minds. The woman had no such thoughts either. Isn't it obvious that the pair have struck up a conversation about the features of their respective cars?

A husband and wife decided they needed to use "a code" to indicate that they wanted to have sex without letting their children in on it. They decided on the word "typewriter."

One day the husband told his five year old daughter, "Go tell your mommy that daddy needs to type a letter."

The child told her mom what her dad said and her mother responded, "Tell your daddy that he can't type a letter right now because there's a red ribbon in the typewriter."

The child went back to tell her father what mommy had said. A few days later the mom told the daughter, "Tell daddy that he can type that letter now."

The child told her father, returned to her mother and announced, "Daddy said never mind with the typewriter, he already wrote the letter by hand."

Sex on the brain? The following is reportedly to be a test to check men's eyesight. It does not use the standard matrix of letters reading down a chart in decreasing size. After studying the test I realized however, that it is actually a subliminal attempt to prove that men have only one thing on their minds.

The instructions require males to study the following image for 5 seconds and then locate Seattle's famous Space Needle. Well, I took fully 5 minutes scanning the topography of the hills and valleys of the image and there is no Space Needle in the picture! 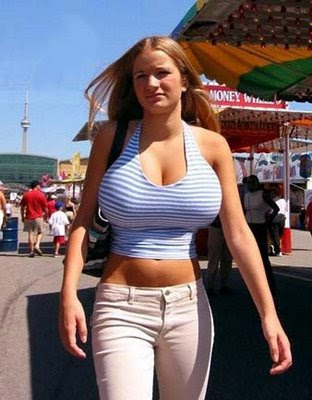 A married couple decided to spend the night of their 20th anniversary alone, with the husband planning a special night for his wife of many years.

When the big night arrived, he surprised his lady with a beautiful limo for the evening. Inside the limo were chocolate-dipped strawberries, champagne, and tickets to a show.

After the show, the husband took his wife to an expensive restaurant, where they enjoyed a wonderful meal.

At the end of the evening, they journeyed home, and to the wife’s delight, her husband brought out a small, wrapped box and gave it to her.

She gasped and tore into the wrapping. Inside the box were two perfectly round aspirins.

“I don’t have a headache” she stated. 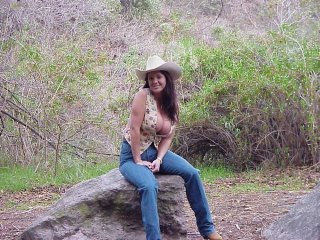 Sex on the brain? I studied this picture also. There is nothing wrong with my eyesight. There is no Space Needle here either.

At a local college, there was a dance.

A guy from America asked the girl from Sweden to dance. While they were dancing, he gives her a little squeeze, and says, "In America, we call this a hug". She replies, "Yaah, in Sveden, we call it a hug too."

A little later, he gives her a peck on the cheek, and says, "In America, we call this a kiss". She replies, "Yaah, in Sveden, we call it a kiss too."

Towards the end of the night, and a lot of drinks later, he takes her out on the campus lawn, and proceeds to have sex with her, and says, "In America, we call this a grass sandwich". She says, "Yaaah in Sveden, we call it a grass sandwich too, but we usually put more meat in it."

Sex on the brain? My wife every now and then likes to prepare a special meal for me. She calls it a Buff-et! She stands naked next to the table set with a feast of my favorite foods and seductively coos, "Your choice."

It's a matter of pushing all the right buttons. I'm no fool! I go for the food first. Hey! You can't be expected to go to work on an empty stomach!

Sex on the brain? Not this male.

You almost had me convinced, but the reasoning was specious at best.

I like the space needle photo. Was there anything else there?

As for the second "space needle?" photo, didn't you detect someone/thing hiding in the bushes?

Aw! You saw through the charade? I wasn't convincing enough?