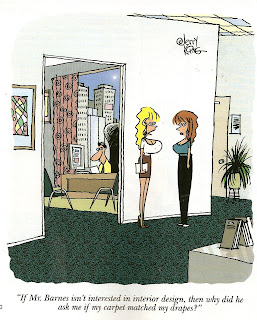 How's this for a gunshot survivor...
Linda Burnett , 23, a resident of San Diego , was visiting her in-laws and while there went to a nearby supermarket to pick up some groceries. Several people
noticed her sitting in her car with the windows rolled up and with her eyes closed, with both hands behind the back of her head.

One customer who had been at the store for a while became concerned and walked over to the car. He noticed that Linda's eyes were now open, and she looked very strange. He asked her if she was okay, and Linda replied that she had been shot in the back of the head,and had been holding her brains in for over an hour.

The man called the paramedics, who broke into the car because the doors were locked and Linda refused to remove her hands from her head. When they finally got in, they found that Linda had a wad of bread dough on the back of her head.

A Pillsbury biscuit canister had exploded from the heat, making a loud noise that sounded like a gunshot, and the wad of dough hit her in the back of her head. When she reached back to find out what it was, she felt the dough and thought it was her brains.

She initially passed out, but quickly recovered.

For the record, Linda is a blonde...

Blonde is Blonde - Even if Bleached 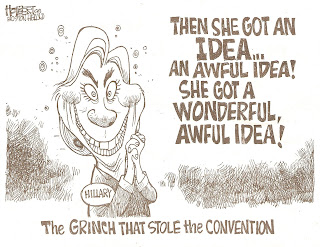 A Winner
A blonde goes to the local restaurant, buys a small drink for herself, and sits down to drink it. She notices a peel-off prize sticker on the side of her cup while she is drinking. After pulling off the tab, she begins screaming, "I won a motor home! I won a motor home!"

The waitress runs over and argues, "That's impossible. The biggest prize given away was a stero system!"

The blonde replies, "No. I won a motor home!"

By this time, the manager makes his way over to the table, and he too argues, "You couldn't possibly have won a motor home because we didn't have that as one of our prizes."

Again the blonde says, "There is no mistake! I won a motor home!"

The blonde hands the prize ticket to the manager and he reads, "WIN A BAGEL." 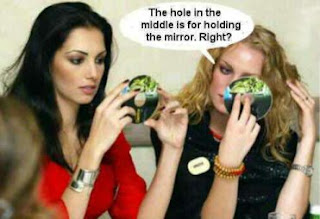 Heads or Tails
A blonde reports for her university final exam which consists of mainly true and false questions. She takes her seat in the examination hall, stares at the question paper for five minutes, and then in a fit of inspiration takes her purse out, removes a coin and starts tossing the coin and marking the answer sheet: true for heads and false for tails. Within thirty minutes she is all done, whereas the rest of the class is still working furiously.

During the last few minutes, she is seen desperately throwing the coin, swearing and sweating. The moderator, alarmed, approaches her and asks what is happening.

"I finished the exam in a half hour," she replies. "Now I'm rechecking my answers."

Bar Mathematics
A blonde, a brunette and a redhead went into a bar and ordered their drinks from the bartender.

Home Early
A brunette, a redhead and a blonde all work in the same office with the same female boss. Every day, they noticed the boss left work early. One day, the girls decided that when the boss left, they'd leave right behind her. After all, she never called or came back, so how was she to know?

The brunette was thrilled to be home early. She did a little gardening and went to bed early.

The redhead was elated to be able to get in a quick workout at her spa before meeting a dinner date.

The blonde was happy to be home, but when she got to her bedroom she heard a muffled noise from inside. Slowly, quietly, she cracked open the door and was mortified to see her husband in bed with HER BOSS!!! Ever so gently, she closed the door and crept out of her house.

The next day, during their coffee break, the brunette and redhead mentioned leaving early again, and asked the blonde if she was with them. "NO WAY," she exclaimed. "I almost got caught yesterday!"

Phone Home
A blonde went into a world wide message center to send a message to her mother overseas. When the man told her it would cost $300 she exclaimed, "I don't have that kind of money!! But I would do ANYTHING to get a message to my mother overseas!"

The man arched an eyebrow. "Anything?"

"Yes, anything" the blonde promised.

With that, the man said, "Follow me" He walked into the next room and ordered, "Come in and close the door"

She did. He then said, "Get on your knees" She did. Then he said, "Take down my zipper" She did. He said, "Go ahead...take it out" She took it out and grabbed hold of it with both hands.

The man closed his eyes and whispered, "Well....go ahead!"

The blonde slowly brought her lips closer, and while holding it close to her lips she said loudly, "HELLO.....MOM???"

No.1447
Curmudgeon responsible for this post: Hale McKay at 7:41 PM

Thanks for the humor.

Isn't Homer Simpson blonde? If so, now I know where "Dough!" came from....

I like to save the best for last. It appears I succeeded.