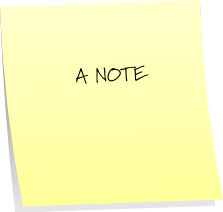 I left myself a note to remind myself of something ...

... But I forgot to write down what it was I was supposed to remind myself of ...

OH YEAH!
Due to circumstances I allowed to get beyond my control, I was unable to have the next installment of Echoes of Eddie ready for its scheduled Monday posting.

I apologize to those steady and faithful readers who have been following the story since its beginning for missing my deadline.

Have no fear, the next chapter will be posted as soon as possible, hopefully on Tuesday 8/12.

However, I was able to solve

the mystery of the pyramids!

I learned today that well respected and popular blogger has decided to retire. Since 2005 his posts were sometimes funny and sometimes informative, but they were always entertaining.

Won't you drop in on him and send him off with warm adieu? (Or maybe you can try to persuade him to reconsider?) In any event, let him know he will be missed.

You will be missed
Peter Holtie !

I leave you one of his many funny jokes:

It's Dark In Here

A housewife takes a lover during the day, while her husband is at work.
Unbeknown to her, her 9-year-old son was hiding in the closet.

Her husband came home unexpectedly, so she hid her lover in the closet.

The boy now has company.

In the next few weeks, it happens again that the boy and the mom's lover are in the closet together.

Boy: "I have a baseball glove."

A few days later, the father says to the boy, "Grab your ball and glove. Let's go outside and play catch."

The father asks, "How much did you sell them for?"

The father says, "That's terrible to overcharge your friends like that. That is much more than those two things cost. I'm going to take you to church and make you confess."

They go to church; the father alerts the priest, makes the boy sit in the confessional and closes the door.

No.1433
Curmudgeon responsible for this post: Hale McKay at 7:26 PM

I'll have to see who 'gets it' next time I hear someone say "dark in here", and I respond with the closing line ;)

Hi Mike, just a quick thank you for the farewell, see ya round.

NO! That's so unfair. I plan my Mondays for each chapter. I'm sorry. I guess that is being selfish on my part. If you couldn't post the chapter yesterday I'm sure you have a good excuse. I'll have to hold my breath until Tuesday.

That's a swell pie in the face from Holtie. Thanks, guy.