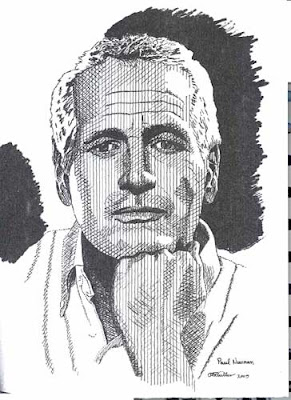 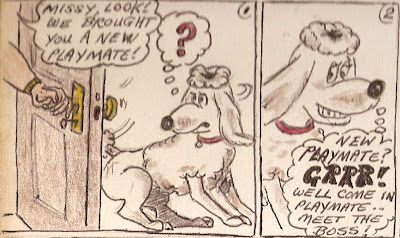 One Cool Hombre
If he wasn't one of my favorite actors, he was certainly near the top of the list. Frank Sinatra not withstanding, Paul Newman's were the most well known blue eyes to ever grace the silver screen. 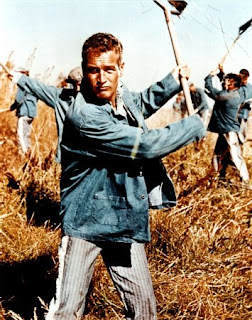 "What we have here is a failure to communicate!"

Strother Martin's famous line from the 1967 film Cool Hand Luke, evokes images of but one of Newman's most memorable roles, that of convict Luke Jackson. To this day, I've never been able to look at a hard-boiled egg in the same way.

Cool and calculating, Newman's conman Henry Gondorf teams up with Johnny Hooker (Robert Redford) to pull off The Sting on gang leader Doyle Lonnegan (Robert Shaw) in the 1973 Oscar winning Best Picture of the Year. I can't listen to the soundtrack featuring Scott Joplin's "The Entertainer" without trying to whistle along. 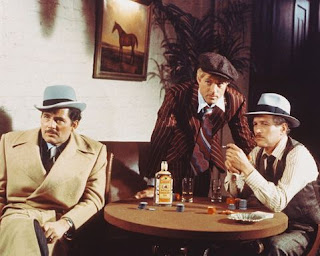 One of my all time favorite black & white movies was The Hustler, 1961. Cocky "Fast" Eddie Felsen shoots some high-stakes pool against the legendary Minnesota Fats, masterfully played by Jackie Gleason. Nominated nine times, Newman would win his only Best Actor Award in 1986 when he reprised his role as Eddie Felsen opposite Tom Cruise in The Color of Money. For MY money, The Hustler was the better of the two movies. 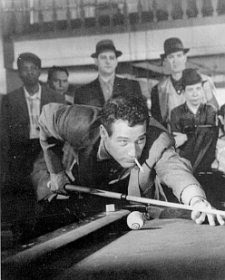 Perhaps his most lovable character was that of Reggie Dunlop, an aging down on his luck semi-professional hockey player in 1977's Slap Shot. While some would cite the TV and big screen films about the U.S. Olympic hockey team's upset of the Russians at Lake Placid, to me Slap Shot is best hockey movie of all time. The Hanson brothers may have stolen the show, but Reggie's character as the perpetual loser was the heart of the film. 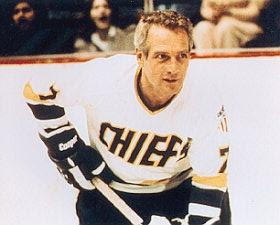 .
Old time hockey and Eddie Shore may have taken a back seat to the mayhem of the Charlestown Chief's brand of hockey, but Ned Braden (Michael Ontkean) had his own idea of how to fire up the crowd when he performed a strip tease on ice and skated off with the trophy clad in only his skates and his jock strap.

Newman said of all of his films, he had the most fun making Slap Shot, and Reggie Dunlop was his favorite character. 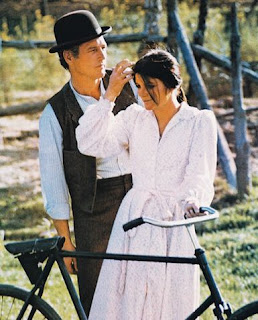 The above films are only a handful of nearly sixty films in which Newman appeared. To name a few more, there was Cat on a Hot Tin Roof, The Young Philadephians, Exodus, Sweet Bird of Youth, Hud, Harper, The Secret War of Henry Frigg, The Towering Inferno, The Life and Times of Judge Roy Bean, The Left-Handed Gun, Fort Apache the Bronx, Hombre and Road to Perdition.

I think if I had to choose one character to be considered for his best role, I have to go with Frank Galvin from 1982's The Verdict. Based on a true story, an alcoholic ambulance-chasing lawyer takes on the Arch Diocese of Boston and wins a landmark decision.

Because "raindrops were falling on my head" today, I would be remiss if I didn't put down a few words for the 1969 classic, Butch Cassidy and the Sundance Kid. Newman teamed up for the first time with his old friend Robert Redford and Katherine Ross in this movie about the two notorious outlaws.

Paul Newman, you were one cool actor. Rest in peace.

NO.1477
Curmudgeon responsible for this post: Hale McKay at 9:23 PM

Good post Mike, I wait with interest to see what Wazza posts.

Good tribute to a great actor.

Slapshot was my favorite too.

He was my favorite - along with Robert Redford. I would have seen ANY movie that had them in it.

Well put. A classic is gone.

I love the Poodle Doodles.

Newman was an American classic.

Thank you. Had to be serious on this post.

Thanks, Peter. I was thinking the same thing while I was drafting this post. Wazza of course will delve more into the details of his life beyond the movies such as WWII activities.

Amen to your amen.

Thank you. He was truly in a class by himself.

If one follows sports, it would be difficult not to like Slap Shot.

I didn't realize Newman had made as many as 60 movies. I was wrong when I thought I'd seen most of his films. I've seen less than half of them.

Thank you. Classic is as good of an adjective to describe him as any.

Thanks for the kind words on my comic strip, Poodle Doodles. The strip was dedicated to her memory. She was quite a dog.

You've pipped me at the post, not that this is a bad thing as your post was excellent. A damn fine actor and humanitarian. A tribute to his brilliant acting ability and one who will be missed and long remembered. Yes The Verdict was also one of my favourite films also.

There was no intent to beat you to the punch, it was just my way of paying tribute to this man.

I know you will do a fine and extensive post in tribute to Paul Newman and as Peter said above, I can't wait to read it.

Wonderful tribute to a fine actor. He'll be greatly missed. Your "Poodles" is great, too.

Thanks for the compliments on Poodle Doodles. All the more incentive to keep posting them and to revive the series.

Paul Newman was a legend. He even was praised by the Connecticut Senator during the financial hearings in the Senate today.

Thanks. He deserved no less. I liked Hombre. "Hey Hombre, what eez your name?"