Hey! I just wrote some English subtitles to a foreign film clip!* It's of a woman giving a weather report. For some strange reason, I felt compelled to have her talk about herself instead. Check it out by clicking on this link:

*You can add subtitles to your own film clip via The Generator Blog .

Here's a funny piece I received via e-mail from my brother-in-law, Don.

I can't believe it!


The US Navy today announced that it has released a senior Al Qaeda terrorist after questioning him extensively for 27 days while being held prisoner aboard a US aircraft carrier in the Arabian Sea ...


In a humanitarian gesture, the terrorist was given $50 US and a white 1962 Ford Fairlane automobile upon being released from custody.

The attached photo shows the terrorist on his way home just after being released by the Navy.

( I SURE HOPE THE POOR BASTARD CAN SWIM - hehehe)

Did anyone tell him that there are NO virgins in Davy Jones' Locker?
I would've thought the band would have been playing

But instead there was a rousing rendition of

"Octopuses Garden."
◊ ◊ ◊
Do you know where you stand with our troubled economy? 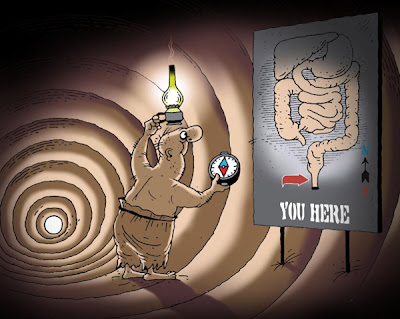 I know where I am standing!
(Hint: Sans paddle.)
No.1473
Curmudgeon responsible for this post: Hale McKay at 7:22 PM

I vote for this option of releasing Al Qaeda terrorists, but with one amendment: instead of wasting a classic car, use Yugos.

Thumbs up - Yugos it should be.

LOL @ the weather report. (my husband is over here asking me what the hell i'm laughing at...)

I showed to my wife but she didn't see much humor in it. Oh well, I thought it was funny.